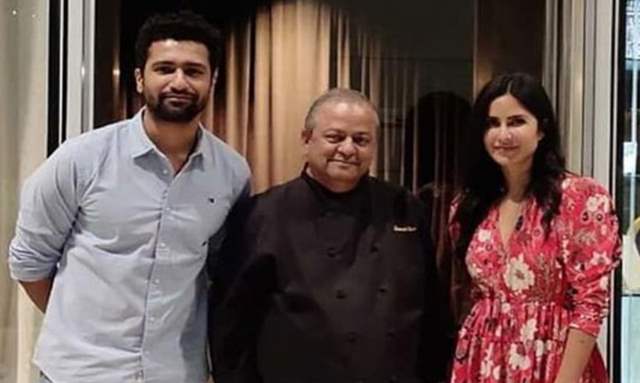 Vicky Kaushal has been making it to the headlines ever since his breakthrough in Meghna Gulzar’s Raazi. The actor came under the spotlight after his smashing performance as the main lead in Uri: The Surgical Strike, which was a blockbuster hit. Apart from his professional life, a lot has been talked about his personal life as well.

Post his break up with actress Harleen Sethi, Vicky has been linked up with quite a few divas of Bollywood namely Katrina Kaif, Bhumi Pednekar, and Hema Qureshi. Recently the grapevines were abuzz with the reports of the handsome hunk dating our beloved Chikni Chameli, Katrina Kaif.

It had all started with Karan Johar’s talk show, where Katrina said that she would love to work with Vicky Kaushal and they would look good together.

While nothing concrete has surfaced about their relationship, their recent acts have only added fire to the already high speculation of the two actors dating. They were spotted attending a Diwali party together which had set the rumor mills abuzz.

And now, a picture from their private dinner date has leaked on social media, which has led to more eyeballs popping at their relationship status.  A social media fan page of Katrina Kaif shared a picture of the duo with chef Hemant Oberoi at his restaurant that goes by his name in BKC, in Mumbai. While Kat opted for a floral red dress paired with a white pair of sneakers, Vicky wore a shirt in pastel shade with faded denim and white sneakers.

The pictures goes with a caption, “A movie announcement is hopefully on the way ???? all the best @katrinakaif @vickykaushal09 !”

Well, only time will tell if we will get to see these two talented actors together on screen.

exclusive
Exclusive Daya Shanker Pandey on What Excites Him Even After Two ...
52 minutes ago