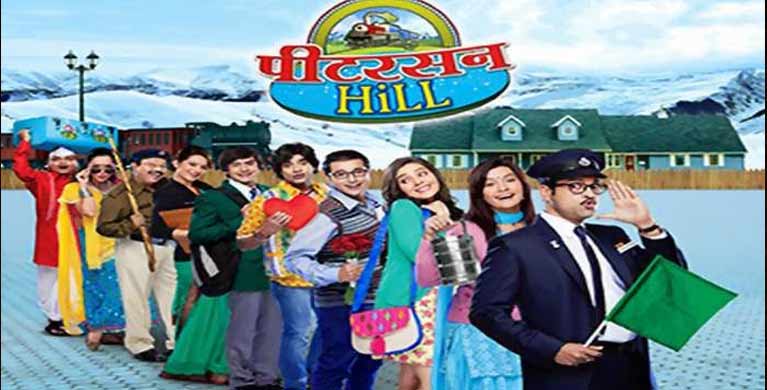 Story so far: As the name suggests, the story unfolds in picturesque hill station Peterson Hills' in Shimla. The main characters are, Station Master Kishorilal Chadda (Rohit Roy), his wife Pinky (Sucheta Khanna). Pinky's younger sister Shatabdi (Mansi Srivastav) comes to stay with them. On her arrival, Shatabdi receives a warm welcome everyone around. Later it is revealed that, she is not Pinky's real sister but a girl named Khushbu Joshi who under witness protection is staying with Chadda family. No one knows about this except Kishorilal and Pinky. Shatabdi's good friend Gaurav has been killed due to drug usage and since she was going to be the witness against the drug dealers, they are trying to kill her.

To save her life, Delhi police convince her to change her identity and stay at Peterson Hill with the Chaddas. With her beauty and charming personality, Shatabdi soon becomes the center of attraction of various local boys, especially for Raju Guide (Winy Tripathi) and Pustak Pandey. Both try to outsmart each other in order to win Shatabdi's heart. Besides Chadda family there are other unusual personalities like a well-dressed beggar Rani Bhikaran (Swati Das), hot ticket collector who is in search of her dream man- Jwala Joshi (Samiksha Bhatnagar), Hawaldar Tyagi (Rakesh Shrivastav) and last but not least late Peterson (Ashwin Mushran) who still roams the railway station named after him.

What works: Very rarely we have seen Rohit Roy do comedy and he surprises in a simple role of Kishorilal Chadda. Sucheta Khanna is a common face on the channel and performs naturally. Manasi Srivastav as Shatabdi, plays both comic and serious shades with ease. She portrays the exuberant personality of Shatabdi to the fullest. Realistic set brings Shimla's Petterson Hills to Mumbai.

What doesn't work: Every character has a distinct style of repeating same words or phrases which can be very irritating at times. For eg.- Kishorilal and Shatabdi use Oh Teri', Ticket collector Jwala Joshi says Sahi Hai' and the lengthiest of them is Pustak Pandey's Meri Ek Maa Aur Teen Behene Hai, Tino Kunwari Hai Aur Mujhe Dil Ki Bimari Hai'!! It breaks the pace during a scene and can be annoying. Also, the 10.30pm timing is too late for family audience to enjoy this comedy drama.

Our take: It's a light hearted comedy drama suitable for family audience. It's a different experience to watch serious actor like Rohit Roy in a comedy role.  It's a simple story of ordinary people staying at Peterson Hills told in different style. If you are fed up with reality shows, saas-bahu saga and just want to have a quite time with your television set, you can visit scenic Petterson Hill'.

6 years ago Peterson Hill is awesum show.. very different and refreshing.. and Mansi Srivastava doing a fab job as Shatabdi..

+ 3
6 years ago It is a very different show. I am watching it for Mansi Shrivastav who is my favorite actress. I found Rohit Roy and Sucheta Khanna gr8 as a couple. Winy Tripathy is funny.

6 years ago Peterson hill is a amazing show ,all the actors doing a awesome job .such a relief from all the drag fest on Tv at present .Mansi shrivastava ,Rohit Roy ,sucheta khanna doing a gud job .