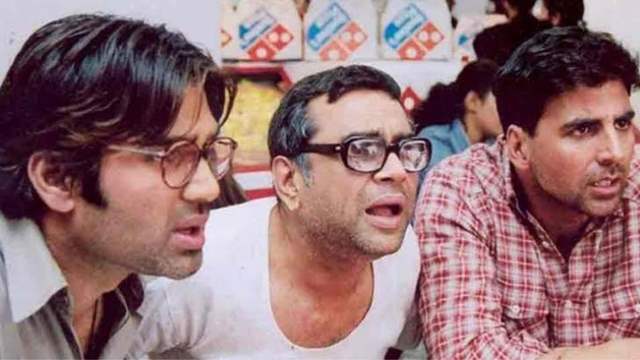 Paresh Rawal has given several outstanding performances on the big screen, but his most well-known role is that of Baburao Ganpatrao Apte. He played an iconic role in  'Hera Pheri' and 'Hera Pheri 2', In a recent interview, however, Paresh Rawal stated that he is sick and tired of the memes and reels based on his character.

In an interview with a news portal, the veteran actor stated that with 'Hera Pheri 2,' everyone tried to be too clever, which did not work. Paresh Rawal went on to say that only Suniel Shetty was doing his job with zeal, and as a result, he stood out in the film. The actor concluded by saying that there was no longer any innocence left, that everything had become too dirty, and that he wants to get rid of the Baburao image.

The sequel, 'Phir Hera Pheri,' was directed by Neeraj Vora and was released in 2006. The producers had announced a third instalment in the franchise, but it has yet to begin production.

When Suniel Shetty was asked if a reboot of 'Hera Pheri' would happen in an interview with ETimes, he stated,“Of course! Absolutely! Because Babu Bhai, Shyam, Raju can have a problem anytime of their life whatever age it may be. The thing is I think we understand cinema more, probably better actors even today and also we are very good friends you know. We have a lot of respect for each other and so I think it works like magic and I am looking forward to it. It will happen and whenever it does I know it will happen.”