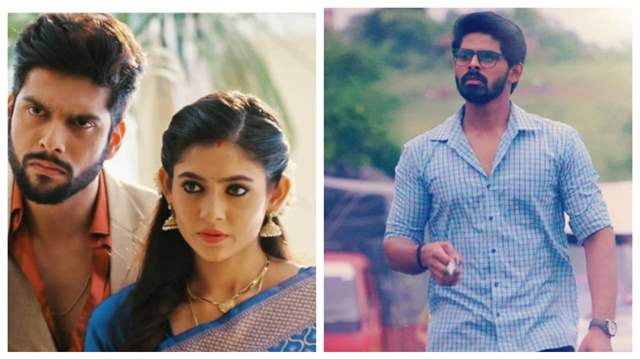 Star Plus show Mehndi Hai Rachne Wali is getting a lot of love and affection from the fans. The current track of the show revolves around Pallavi gearing up to confess her feelings to Raghav while Mandar has made a grand entry in their lives.

In the upcoming episode, Keerti gets a call from Sunny. She gets elated to find out that Sunny is out of the jail. She hugs him and asks him about who helped him. Sunny takes Ved’s named.

Pallavi gets ready to confess her feelings to Raghav. She goes in his room and tells him how she feels around him. She’s about to say the three golden words but suddenly sees Mandar from the window. She panics and run downstairs to find Mandar. There’s a hit and miss between the two. Milind comes there and tells Pallavi that she is stressed and should take rest. Raghav gets discharged from the hospital and Pallavi makes arrangement for Raghav in the house.

Raghav gets eager to know what Pallavi was about to tell him. He asks her the same but Pallavi responds that she saw Mandar in the hospital premise. Raghav gets stunned.

Furthermore, a doorbell rings and Pallavi opens the door to find Mandar. Raghav takes his gun and tries to find who is it. Mandar hits him on the back of his head. Raghav gets injured.

+ 3
2 months ago Ashok Phal Desai is the best for Mandaar's role. I won't lie but when I saw the other pictures initially I was skeptical but now I know he is the best Mandaar. Shivangi Khedkar and Sai Ketan Rao....I go short of words to praise you both. Hats off.

2 months ago MHRW rock as well as my lovebirds !!!

Forlife 2 months ago Story of Mehndi Hai Rachne Waali is getting more interesting with realization of love and failed confession due to the past coming back to RaghVi's lives. Let's see how it will unfold.🤞🤞Sai Ketan Rao and Shivangi Khedkar as RaghVi are outdoing themselves with each episode. They really give THE POWER COUPLE VIBES😍😍

2 months ago this was today's precap...sure Ved & that Sunny would have instigated Mandaar against Raghav..Raghav's head is getting injured back to back :(

2 months ago Raghav and Pallavi have come a long way in their relationship and will definitely get through this new hurdle successfully as well.. MHRW is not a typical ITV show that drags.. the pace of the show is very good and Sai Ketan Rao and Shivangi Khedkar as Raghvi are doing a great job.. Ashok Phal Dessai as Mandaar is a great addition to this awesome cast !!

2 months ago We are sure Pallavi and Raghav can face any hurdle life throws at them and come out successful. Shivangi Khedkar and Sai Ketan Rao will definitely keep us glued to our screen with their performances in Mehndi Hai Rachne Waali.

2 months ago Mandaar's entry will definitely bring SaiShi stronger as RaghVi in MHRW. Sai Ketan Rao and Shivango Khedkar would definitely be able to overcome the difficulties being faced