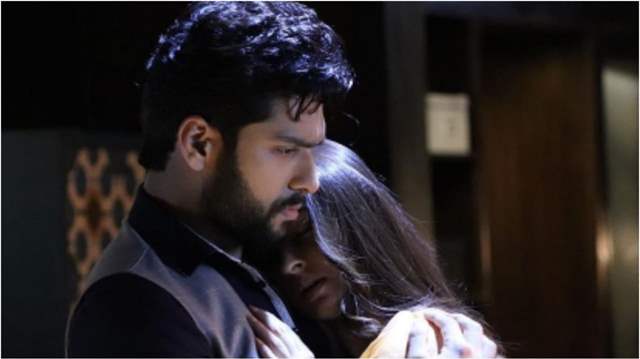 Star Plus show ‘Mehndi Hai Rachne Wali’ is getting a lot of love from the viewers. The current track of the show revolves around Sunny getting hold over the biggest proof against Raghav and he has handed over the same to Pallavi.

In the upcoming episode, Pallavi still shows her trust on Raghav. Sunny asks her to take the pouch with diamonds to Raghav. Pallavi puts the pouch in the room and hides to see Raghav’s reaction. Raghav sees the pouch and informs Farhaad that he has got the diamond pouch that Abhishek lost. He tells him that Pallavi should not know about it. He sees Pallavi walking towards him and say that Abhishek worked for him. Raghav asks her to let him explain. Pallavi tells him that because of him a 21-year-old boy lost his life. She tells him that he fooled her and broke her trust.

Sunny, Keerti and Jaya enter. Sunny tells Pallavi to slap him. Raghav steps to attack Sunny but Keerti, Pallavi and Jaya stop him. Jaya also expresses her disappointment in Raghav. Sunny states that now it’s up to Pallavi what she’ll do. Will she save her husband? Or side with the truth?

Pallavi takes the pouch and goes to meet Sharda. She narrates the incident to her and states that Raghav broke her trust. Sharda tells her that it’s easy to walk off but it’s difficult to face such situations. She should work towards making Raghav a better person. Pallavi says that she doesn’t want Raghav’s pride to be lost because of her.

ALSO READ: We have our share of creative differences, but on healthier note: Shivangi Khedkar of ‘Mehndi Hai Rachne Wali'

2 months ago I hope the makers execute the track till the end well balanced... Actors are doing great job