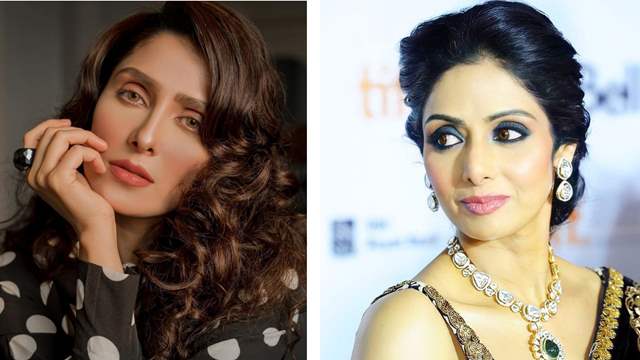 The big fan section of Bollywood movies can also be found in the neighboring country of Pakistan.

From film songs to artists, the audience are very fond of it.

This video of her has gone viral. Ayeza has previously danced to the songs of Aishwarya Rai Bachchan, Madhuri Dixit, Deepika Padukone, Mahira Khan, and Madam Noor Jehan.

She often dresses up as Bollywood actresses on the show and shares the same pictures on her social media handles.

Ayeza is one of the most followed Pakistani celebrity on Instagram.

Ayeza is seen showing off some dance moves in the reel. Her caption suggested that she is all dolled up for a wedding ceremony. She wrote, 'Up next Geeti ki shadi……Are you ready?? #geetiprincess’

This video of her got lots of love from fans who commented on this video and also dropped many red hearts.

Ayeza has worked in many Pakistani shows. One of them is 'Lapta', in which she is playing a TikToker in the drama and in the past several weeks, she has entertained fans with iconic transformations.

Her character Geeti makes musical and dance-oriented videos including songs from some Bollywood chartbusters of Madhuri Dixit.

She will also be donning Kajol”s avatar from Kuch Kuch Hota Hai in the upcoming episodes.

For the unversed Sridevi was a Bollywood actress she left for her heavenly abode in 2018 after a tragic accident.

The late actress was last seen in ‘Mom’ that also starred Akshaye Khanna in the lead role.

+ 2
2 months ago Aiza Khan is a very beautiful and talented Pakistani actress. I really like her but sorry her character geeti unbearable hai 😬