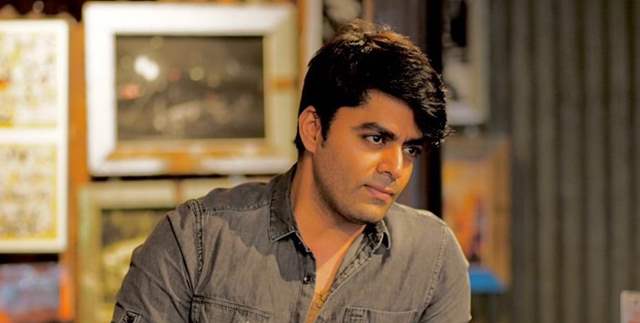 The current track of the show revolves around Lion’s grand re-entry in Raghav and Pallavi’s lives. Meanwhile, drama over Keerti and Sunny’s engagement is also building up.

Actor Himanshu Bamzai who has been a part of several mythological shows earlier is seen playing one of the key characters of Farhad in the show. More than being Raghav’s employee, Farhad is a loyal individual for the entire Rao family.

India Forums got in touch with Himanshu and asked him about the character that he is portraying, he said, “Farhad is Raghav’s back-bone. He always supported Raghav in his decisions. Farhad, as a character is quite strong. While not everyone has the guts to speak in front of Raghav, Farhad gives his opinions to him. He doesn’t shy away from showing Raghav the mirror and telling him about his mistake. He also takes the liberty to joke with him sometime. Raghav too, doesn’t get offended with Farhad’s advice, in fact, at times, Raghav vents out his emotions only in front of Farhad as for the rest of the world he is one strong person. Raghav can be his vulnerable self in front of Farhad and that’s what makes their bond very interesting”.

He added, “Fans are really appreciating Farhad because he’s so loyal and honest and he is a very positive guy. I’m overwhelmed with the response that they’ve been giving me. After Raghav & Pallavi’s bond fans are crazy about Raghav-Farhad duo because their friendship is on next level...!! They do comedy, work and everything together...!! They’re like partners-in-crime type, more like brothers".

The cast of the show shoots in Kolhapur; speaking about the same, he said, “It’s very difficult for us to shoot in Kolhapur because it’s so far from the Mumbai, but our producers are very humble and friendly they’re providing us everything that one needs and they’re very supportive especially Sandiip Sikcand sir”.

+ 3
2 months ago Himanshu Bamzai you are amazing as Farhad i love Farhad 's character & love his bonding with Raghav & love their scenes...& i really like Pallavi & farhad scenes too

2 months ago You as Farhad Rock...we need more of your scenes

2 months ago Himanshu doing a phenomenal job as Farhad... He different from all characters in the show... He is strong and honest person... We definitely like Raghav and Farhad sences also his bond with pallavi

Forlife 2 months ago Himanshu Bamzai is playing the role of Farhad very well. Farhad's character is positive and sorted which feels like a fresh gush of air amidst the long list of grey or negative characters.

2 months ago We love Farhad ❤ Himanshu is doing a wonderful job portraying Farhad on screen. We love his bonding with his anna and bhabhi 😍 Farhad is the most sane and level headed character on MHRW

+ 3
2 months ago It is so good to see interviews and articles from your favourite show coming up on daily basis. Himanshu Bamzai as Farhaad is the most sweetest character on screen. His sense of understanding and tackling the most difficult situation with a calm attitude is what makes him stand out. And honestly, no one could have done the role of Farhaad better than him.

2 months ago Farag chemistry is next only to raghvi chemistry. Good going mhrw

2 months ago Farhads character is one of my fav and Himanshu is doing a great job by playing it. He has a calm aura, his presence on screen easily soothes viewers. Quiet but with a firm stance, loyal but fierce if time demands, calm but impressive 😊

2 months ago What a humble person he is. Doing a job on the show.