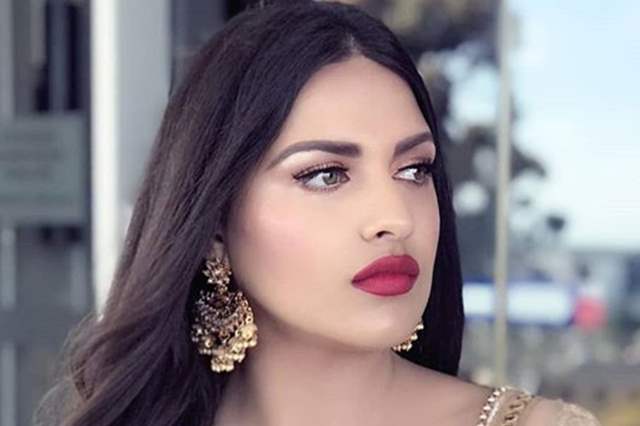 Ever since Bigg Boss 13 ended, the reality show somehow managed to sustain the usual trend of having at least one couple coming out of the season. Even though there were several link-ups in the long-running season, the one duo that specifically managed to click was that of Asim Riaz and Himanshi Khurana.

The duo professed love for each other in the show and have managed to stay strong and together even right now. Not only have they starred in multiple music videos together but continue to support each other on various fronts on social media too. And talking about unprecedented occurrences which require support, one of those occurred in Khurana's life only recently.

Khurana was shooting for a music video recently, but the experience of the same actually turned out to be a nightmare of sorts. Taking to her Instagram story, Khurana posted about how someone stabbed the tires of her car in a village in Chandigarh but she further added that such petty things won’t stop or scare her, while also wishing the notorious person good luck for next time. “Last night someone stabbed d tyres of my car on the shoot at a village near Chandigarh,” wrote Himanshi.

She added, "Ki socheya c tussi.. Mainu khajjal karunge.. tussi eh chotiyaan chijjan kar k mainu kam karn to ni rok sakde na mainu dra skde o.. better luck for d next tym (What did you think.. you will harass me? You can’t stop me by doing such small-minded things; neither can you scare me… Better luck for the next time)” 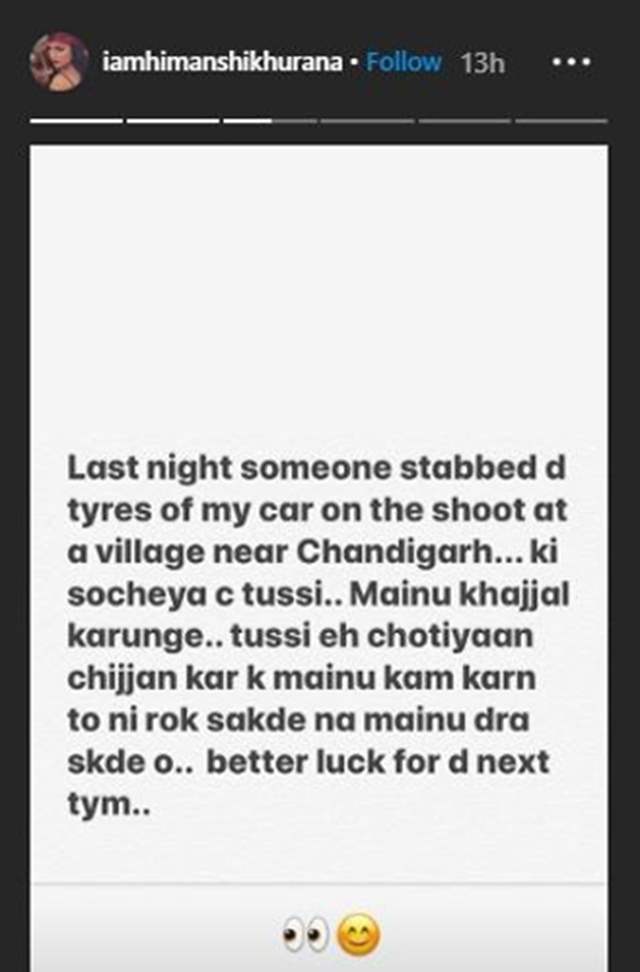 Eva Green Slams Back at Allegations That She Killed The ...
6 minutes ago

Mahima Chaudhry Reveals Being Bullied By Subhash Ghai; Only ...
28 minutes ago