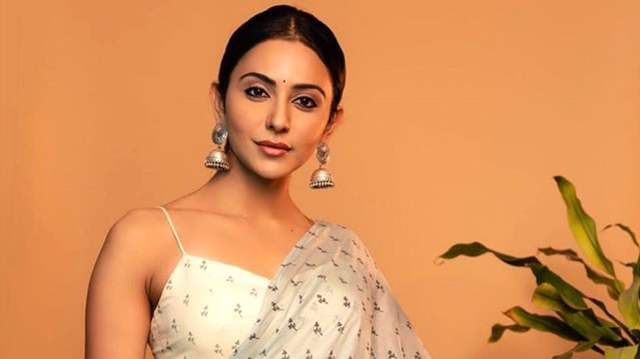 Rakul Preet Singh plays the quality control head of a condom factory in her upcoming feature, 'Chhatriwali,' and says the film aims to "destigmatise" the conversation around the use of protection in a subtle, entertaining way. Tejas Prabha Vijay Deoskar is the director of the film.

'Chhatriwali' wrapped production in December of last year and is now in post-production.

The actor, who recently starred in Ajay Devgn's 'Runway 34', said 'Chhatriwali' tells its story in a family-friendly manner. She said,

"We are not preaching to anyone, it is a slice of life family film, without any scene where you might feel awkward. It is a dialogue that needs to be had and we are having it in a subtle, entertaining way. We are not trying to teach anyone a lesson or be preachy. we have this dialogue through the character's journey."

Ayushmann Khurrana's university comedy-drama 'Doctor G,' Indra Kumar's 'Thank God,' alongside Sidharth Malhotra, and Akshay Kumar's 'Mission Cinderella' are among the flicks in which the 31-year-old actor will appear.

Singh claims that her upcoming slate is an attempt to demonstrate her diversity to the public and producers. She further added,

"I play a gynecologist in 'Doctor G', which is a fantastic script. Then there is the film with Akshay sir which will feature me in a different space. As these films come, I want them to get appreciated. All that I am looking at is to get more opportunities, have more makers believe in me, and do a wide variety of roles," she added.

The actor is currently basking in the success of her latest flick Runway 34.