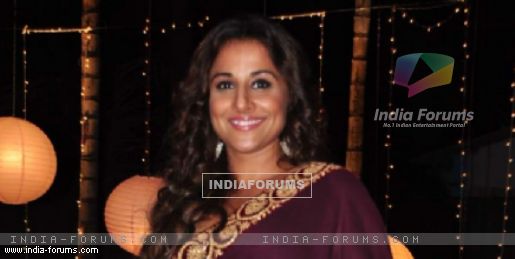 Vishesh Films' "Hamari Adhuri Kahani" is releasing next week, but the cast and crew is not on a frenetic promotional spree. Actress Vidya Balan, who plays the female lead in the film, says it is intentional.

"It is not possible to hard sell a film like 'Hamari Adhuri Kahani'. We have intentionally done minimal promotions for this film. It is not that kind of film where we can go and tell everyone that 'Please go and watch it'. The tone of the film is extremely different," Vidya said here.

Present on the set of Ekta Kapoor's TV show "Itna Karo Na Mujhe Pyar" to promote the film, she said: "We are doing integrations with TV fiction shows and popular serials where the themes coincide. That's why we are not promoting (the film) on reality shows. We are welcoming the TV audience to our film with this integration."