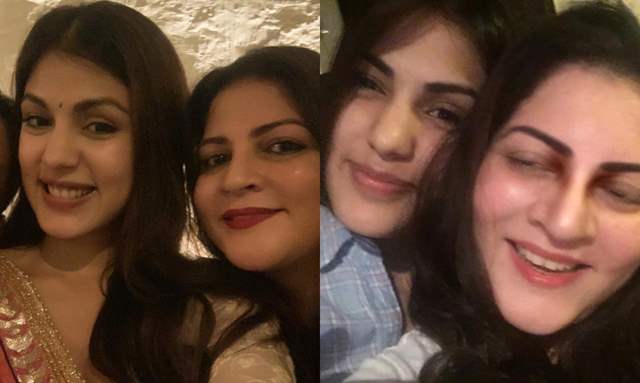 Bollywood actor Rhea Chakraborty’s social media post with Saand Ki Aankh producer Nidhi Parmar Hiranandani grabbed the headlines last month. The Chehre actress was seen posing with Nidhi and her caption read, “#LOVEISPOWER ‘Love is a fabric which never fades, no matter how often it is washed in the water of adversity and grief’- Rober Fulghum”

The post fueled many speculations about a probable film between the two as the audience has been keenly observing Rhea’s career. And the post led to being one of the most talked-about developments among her social media followers and movie buffs.

During a recent interview with Bombay Times, Nidhi was asked speculations about the probable project which was raised after Rhea posted the picture. The producer of any such development and clarified, "Rhea is a very close friend of mine. We have been friends for years and the picture that was shared on Instagram was clicked as we hung out as friends together. There’s nothing more behind it. There’s no project in the pipeline.”

Rhea and Nidhi have been friends since 2017 and during her recent interview, Nidhi shared how she met Rhea.

“Back then I used to work with director Mohit Suri. So, I met Rhea on the sets of Half Girlfriend in South Africa. We got along really well and became too close too soon. She has been like a little sister to me since then,” Sand Ki Aankh producer Nidhi Parmar Hiranandani told Bombay Times.

Over the years, the two have bonded strongly and the two stand by each other. Nidhi also mentioned that she will always stand by Rhea through thick and thin because she has stood by her. Speaking about the actress being in a tough spot, the producer said, Rhea, will bounce back as she has the support of very good friends and family.

Rhea Chakraborty wishes for strength and blessings to heal on Hanuman ...

Rhea Chakraborty opens up her social media DM for the needy; extends ...