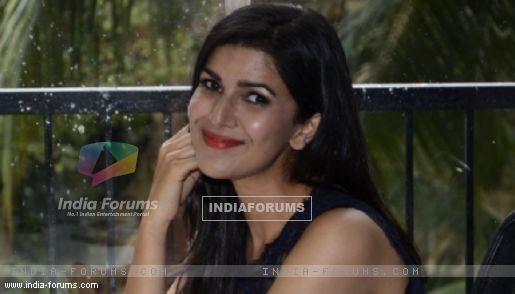 Actress Nimrat Kaur says she's "blushing like a school girl" thanks to a certificate -- appreciating her work in American TV series "Homeland" -- given to her by Screen Actors Guild (SAG) Awards.

"Blushing like a school girl ! A certificate for keeps ?? thank you ever so much @SAGawards @SHO_Homeland for this," the actress tweeted.

Nimrat, who was roped in to play a Pakistani ISI agent in the international series, was ennobled with a nomination along with the cast of the show in the Outstanding Performance by an Ensemble in a Drama Series category for the Screen Actors Guild Awards 2015.

While the show lost out to "Downton Abbey", Nimrat made her mark at the event's red carpet ceremony.

"@NimratOfficial congratulations Nimrat. U do us proud," she wrote.

Nimrat shot to fame globally after her role in internationally acclaimed Indian movie "The Lunchbox". The movie also got a British Academy of Film and Television Arts (BAFTA) Awards nomination this year, but lost out to "Ida".