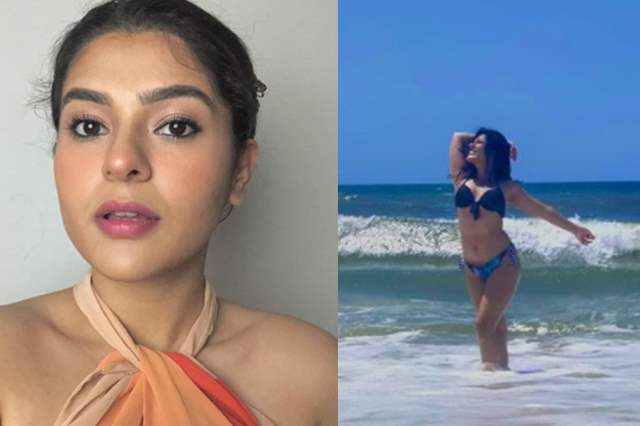 Actor Nidhi Bhanushali may not be a part of Taarak Mehta Ka Ooltah Chashmah anymore but in her stint with the show where she played Sonu and came in as a replacement to Jheel Mehta, she managed to garner a lot of love and to many, she is the best 'Sonu' out of the three that have been in the show so far.

Having joined the show as a child, by the time she left it and now, she has certainly grown to be a teenager and even a diva. Her social media is all about her real side which includes several viral bikini photos.

In a recent conversation with ETimes TV, she opened up on these aspects. When asked how old was she when he joined and when she left it, she said, "I was 12 when I joined 18 when I quit." On asked if studies was the reason and it was just boredom that crept it, she said, "That's very much true. You can't keep doing the same thing for your entire life. At some point, you have to decide that it's time to do something new and focus on other things. If you do a daily show, it leaves you with no time to do other things in life that you look forward to. A daily show is very demanding in terms of asking you for your time."

On replacement Palak Sidhwani, she first that she hasn't seen the show after Sidhwani replaced her but, "Palak and I are very good friends. She is a lovely girl and we have hung out a couple of times. I became pally with her when we started meeting at parties as we have a few common friends."

On her viral and glamourous images making a rage online, she said, "It's just my life. I am putting pictures of the things I do, like everybody else does. Surprisingly, I started trending. Now, that's funny because there are so many important things instead to talk about in today's times. There is so much happening in the country and people find time to talk about my bikini pictures for some reason. I even spoke to some of my friends and we really found it hilarious. It also makes me angry a bit."

As she later mentioned that she recently met Disha Vakani on Diwali, did she ask her if she is going to return to the show, she said, "No, I didn't. We have other emotional things to talk about. My mother and she are great friends."