View Profile
Scriptwriter Suchita Bhatia has filed a complaint with the Writer's Association against Yash Raj as she accuses them of stealing her script.

Featured Video
Bhatia says that she had penned the story three years back – then titled Osama A Love Story – and even narrated it to Arjun Sablok of Yash Raj Films.  Though he seemed happy with the script, it never saw the light of day as far as Bhatia was concerned and so was shocked when she heard about New York.


Suchita said, "I wrote to Aditya Chopra in August 2006 regarding two stories I had. He asked director Arjun Sablok to get in touch with me. He contacted me and we fixed up a meeting at the YRF studio. On September 1, I met Arjun and narrated two story ideas to him. He was extremely happy with the stories. I still remember him exclaiming 'Wow!' I kept writing to him, but there was no response and I gave up as I got busy with other work. To my surprise, after three years, I saw New York and was disheartened to know what they had done: using my story without even informing me, let alone give me any credit."


Suchita had registered her script with the Writer's Association in 2006 and is prepared to fight Yash Raj over it, however Arjun Sablok claims that this is nothing more than a cheap attempt at publicity by the scriptwriter. 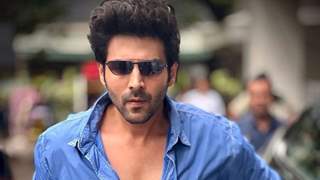