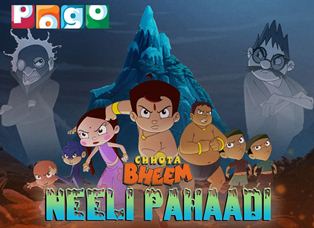 Turner International India is pulling out all the stops to continue its reign in 2014 in the kids' genre with new content, magnanimous contests and ultimate entertainment on POGO and Cartoon Network! Kids are in for an unbridled dose of humor, adventure and excitement with new and popular characters!

Defeat bad guys and win loads of prizes this Republic Day by tuning-in to special Roll No. 21 and Oggy and the Cockroaches episodes all day long! That's not all! Every half an hour kids will get a chance to win exciting prizes on the Republic Day weekend. All they have to do is tune in to Cartoon Network from 12pm onwards on January 25 & 26, 2014 to win the treasured prizes.

Be ready to enjoy Fridays like never before with Oggy's Fun Friday. Get a chance to win a fun day out with your friends at the movies, shop till you drop, eat out with your friends and many more prizes including exclusive Cartoon Network merchandise. All kids have to do is tune-in to Cartoon Network every Friday throughout the month from 1pm onwards and answer the simple game based questions!

Bringing kids more of their favourite shows, new episodes of Roll No. 21 continue to air at 1pm, Oggy and the Cockroaches wreck mayhem at 5pm and Cartoon Network Popcorn entertains with the best movies on weekends at 12pm. For more fun, keep tuning in to Cartoon Network and www.cartoonnetworkindia.com.

POGO has a new superhero this year who is cute, funny, naughty and haughty. Catch the adventures of Obochama Kun, a brand new series every Monday to Friday at 12pm on POGO. 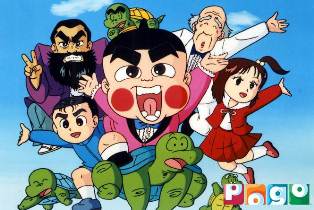 It's a double celebration on POGO on January 26, 2014. In addition to celebrating Republic Day, POGO is also premiering a new movie called Chhota Bheem - Neeli Pahaadi at 12pm! Kids can also win exciting merchandise by participating in the Republic Day contest from January 20-26 every day from 10am onwards only on POGO.

Everyone's favorite laddoo eating superhero Chhota Bheem has nonstop entertainment in store for his fans. Tune in to the Chhota Bheem Film Festival on POGO from January 15 to 25 every day at 5pm for back-to-back movies.

Krishna Desai, Sr. Director & Network Head - Kids, South Asia, Turner International India Pvt. Ltd. said, "Every year we aim to bring shows and characters that captivate and entertain children. This year as well, we have an exciting blend of new and popular shows, movies and franchises coupled with engaging contests and online activations that is sure resonate with kids. We are thrilled to be the genre leader in 2013 and will make every stride to ensure the same in 2014."

So buckle your seat belt because it is going to be an exhilarating ride replete with new shows and movies, exciting contest with over the top prizes and more of your favorite cartoons!

+ 5
10 years ago it succeeded because the basic plot might have been normal but the details and factors that went into it, along with the characterization, cinematography etc made it a well produced film.

+ 2
10 years ago Congrats to KJO and all involve with MNIK. Kajol & SRK rock.

+ 5
10 years ago @-sonya-
cos it had srk-kajol in it...n 2 c thm on screen after so many yrs was the main reason y MNIK probs did so well!! nt watched the movie bt yh i herd from m8s tht it wasnt all tht n sme old story.... bt cos it had srk-kajol...the film did well...jus goes 2 shw tht if u hav big star or popular couple in ur film/show, evn the mst shittest movie wil do well...lol... no offence to MNIK fans

+ 3
10 years ago MNIK Was sooo Boring!! Such stories have been made several times, why was the film a success then, I am Sooooo Sure They have buyed all the awards!!! I also Love some of KJ's Movies, But this movie noooo!!!!
bullshit!!!!!!!!!

10 years ago Wow Karan is sooooooo lucky to host shuch a big party and have all the stars in at the same time. Congrats for MNIK to Karan.

10 years ago Thanks 4 the article:) K Johar is awesome!:D