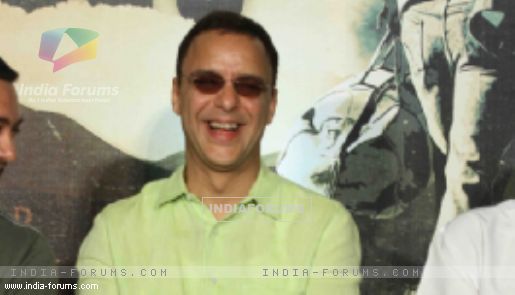 Filmmaker Vidhu Vinod Chopra, who is making his Hollywood debut with the "Broken Horses" thriller, says coming from a Hindi medium school, he never thought he would be able to write and direct a film in English.

For him, "Broken Horses" is not a film but a "dream fulfilled".

"'Broken Horses' is not a film for me; it's a dream. I never thought that I will be able to write, produce and direct a film in English," Chopra said here on Tuesday at the launch of the trailer of the film.

"I never thought that people like James Cameron and Alfanso Cuaron would say such nice words after watching the film. It's a dream fulfilled for me," he added.

"Broken Horses", co-written by Chopra and Abhijat Joshi, is set in the shadows of the US-Mexico border gang wars, and it highlights the bonds of brotherhood, laws of loyalty, and the futility of violence.

It is slated to release on April 10.