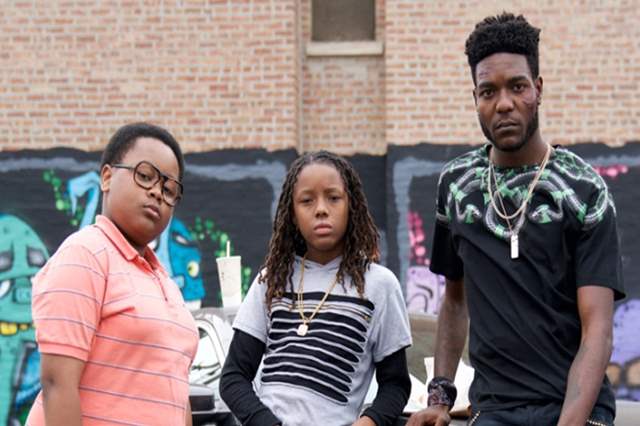 Netflix's critically-acclaimed drama, The Chi is now getting a new showrunner for the upcoming third season. According to The Hollywood Reporter, The Showtime drama created by Lena Waithe has tapped writer Justin Hillian as showrunner for season three, which is currently in production for a premiere in 2020. The series has also signed Luke James (Star), La La Anthony (BH90210, Power) and Lil Rel Howery (Get Out, South Side) to recurring roles and upped Birgundi Baker to a series regular.

Hillian started on The Chi as a story editor and has worked his way up. He takes over from Ayanna Floyd Davis, who ran the series in season two but is not returning. "When I took the helm in season two, it was Lena who informed me of the issues between Jason Mitchell and [actress] Tiffany Boone from season one, and that Tiffany was thinking of leaving the show because of it," said Floyd Davis in a statement to THR. “As a result of this information, I discussed Tiffany’s claims with the studio’s HR department and set up HR presentations for the writers, cast and crew. Ultimately, everyone was well aware of Jason’s behavior and his multiple HR cases, including Lena, the creator and an executive producer of the show, who is very involved at the studio and network level.

“As showrunner, I did everything I could to deal with his behavior, by speaking with the studio’s HR department multiple times and instructing one actress to call HR herself, before I became a target of his rage and inappropriateness, and had to report him to HR, as well."

Waithe later said she wished "I would've handled the situation differently. And I wish I would've done more. What I want to do is own my part in it."

Hrithik Roshan's Emotional Post for Jadoo: "Some Friendships ...
3 hours ago

Sanjay Dutt's Official Statement after being Rushed to the ...
4 hours ago

Mohit Sehgal To Play Lead in 'Naagin 5'?
6 hours ago

exclusive
Exclusive "In terms of hard work and perseverance, I don't think ...
17 hours ago

Sanjay Dutt Admitted In Hospital Due To Breathing Problems; ...
19 hours ago