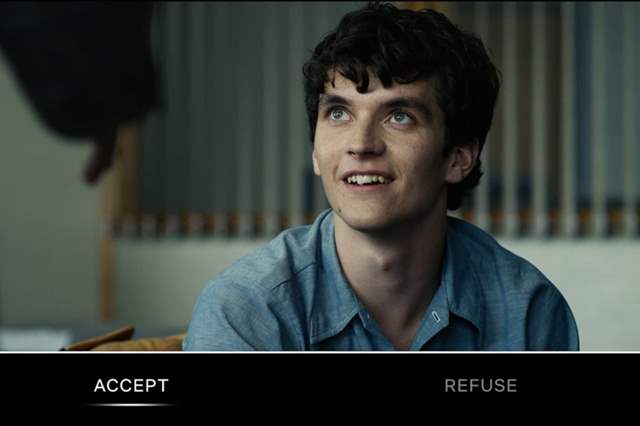 Usually in a case of filing lawsuits and the hearings following that, the first amendment can protect the accused party if need be. However, that won't be the case

for the streamer's case from a childrens' book publisher behind the "Choose Your Own Adventure" series.

On Tuesday, Netflix's failed in its first efforts to escape a lawsuit brought by the trademark owner of "Choose Your Own Adventure" over the immersive film, Black Mirror: Bandersnatch.

Chooseco, LLC, a childrens' book publisher, filed its complaint in January 2019. According to the plaintiff, it has been using the mark since the 1980s and has sold more than 265 million copies of its Choose Your Own Adventure books. 20th Century Fox holds options for movie versions, and Chooseco alleges that Netflix actively pursued a license. Instead of getting one, Netflix released Bandersnatch, which allows audiences to select the direction of the plot. Claiming $25 million in damages, Chooseco suggested that Bandersnatch viewers have been confused about association with its famous brand, particularly because of marketing around the movie as well as a scene where the main character — a video game developer — tells his father that the work he's developing is based on a Choose Your Own Adventure book.

In reaction to the lawsuit, Netflix raised a First Amendment defense, particularly the balancing test in Rogers v. Grimaldi, whereby unless a work has no artistic relevance, the use of a mark must be misleading for it to be actionable.

And the judge says that use of the trademark has artistic relevance.

"Here, the protagonist of Bandersnatch attempts to convert the fictional book 'Bandersnatch' into a videogame, placing the book at the center of the film’s plot," states the ruling. "Netflix used Chooseco’s mark to describe the interactive narrative structure shared by the book, the videogame, and the film itself. Moreover, Netflix intended this narrative structure to comment on the mounting influence technology has in modern day life. In addition, the mental imagery associated with Chooseco’s mark adds to Bandersnatch’s 1980s aesthetic. Thus, Netflix’s use of Chooseco’s mark clears the purposely-low threshold of Rogers’ artistic relevance prong."

Thus, the final question is whether Netflix's film is explicitly misleading. Judge Sessions doesn't believe it's appropriate to dismiss the case prematurely without exploring factual issues in discovery.

"Here, Chooseco has sufficiently alleged that consumers associate its mark with interactive books and that the mark covers other forms of interactive media, including films," continues the decision. "The protagonist in Bandersnatch explicitly stated that the fictitious book at the center of the film’s plot was 'a Choose Your Own Adventure' book. In addition, the book, the videogame, and the film itself all employ the same type of interactivity as Chooseco’s products. The similarity between Chooseco’s products, Netflix’s film, and the fictious book Netflix described as a 'Choose Your Own Adventure' book increases the likelihood of consumer confusion.

Netflix also attempted to defend its use of "Choose Your Own Adventure" as descriptive fair use. Here, too, the judge believes that factual exploration is appropriate.

The judge writes, "The physical characteristics and context of the use demonstrate that it is at least plausible Netflix used the term to attract public attention by associating the film with Chooseco’s book series."

The decision adds that while Netflix contends that the phrase in question has been used by others to describe a branch of storytelling, that argument entails consideration of facts outside of Chooseco's complaint, which at this stage must be accepted as true.

Promo Review: 'The Gone Game' Might Just Be a Gamechanger in ...
5 hours ago

'Saathiya' Fame Rucha Hasnabis' Father Passes Away After ...
8 hours ago