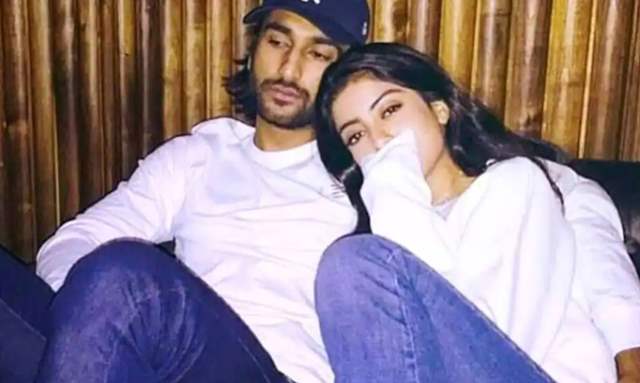 Amitabh Bachchan’s granddaughter Navya Naveli Nanda and Javed Jaaferi’s son Meezaan Jaaferi are rumoured to be the latest lovebirds in town. While none of them have confirmed their relationship yet, their social media banter has a different story to tell.

Meezaan celebrates his birthday today and received sweet wishes from friends, family and fans all across the globe. However, the one birthday wish that grabbed eyeballs was from Navya.

Navya took to her Instagram Stories and shared a dreamy picture of the birthday boy. Sharing the picture, she wrote, "Happy birthday @meezaanj." 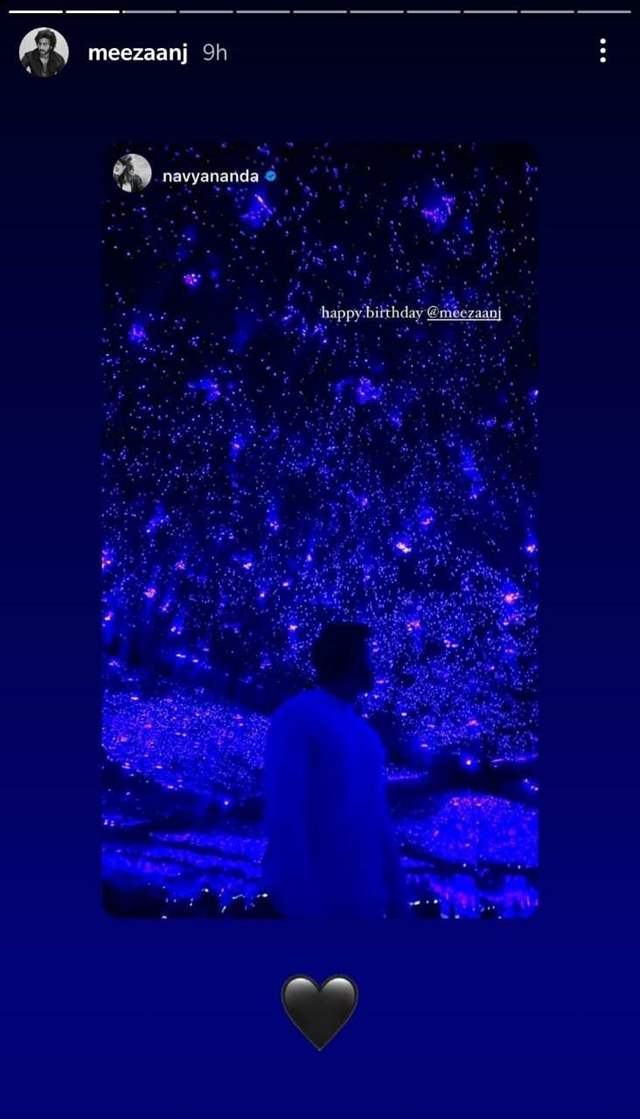 The picture features Meezaan standing against a beautiful backdrop of what looks like a sea of stars. The actor reacted to Navya’s sweet post by simply sharing a black heart emoji.

Recently, Navya celebrated Meezaan’s win as she shared a picture of him posing with his best debut award trophy and a certificate of recognition. “Congratulations!!!” she wrote.

Meezaan made his Bollywood debut in 2019 with the film Malaal. The film also marked the debut of Sanjay Leela Bhansali’s niece, Sharmin Segal.