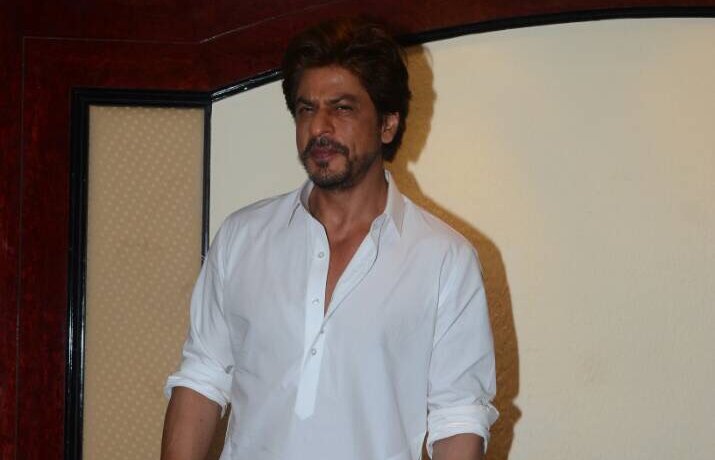 Superstar Shah Rukh Khan doesn't find his life's story interesting and "controversial" enough for a biopic. He says that, in fact, it would be "boring" unless he decides to write it on his own.

The superstar has clocked 25 years in the film industry since his debut film "Deewana" released in 1992.

Considering the fact that making biopic on iconic personalities is a new trend in Bollywood now, he was asked if he would allow any filmmaker to make his biopic. The 51-year-old actor told the media here: "You know, I never let people know about the most interesting part of my personality, so you will never get a good story, unless I am writing it."

"So whatever they will make, will just be a success story which I personally feel is so boring. I mean, 'Kya hogi story (What will the story be)?' That a boy came from Delhi to Mumbai after his parents' death and become a superstar without a godfather? Boring."

He also finds other elements missing for a gripping biopic.

"You know, once a journalist asked me if I would be a legendary figure, to which I replied 'Yes'. Then he said something that today I agree upon -- 'You never become legendary unless you do something controversial'. And my controversies, none of you guys know, unfortunately. So without controversy, it's going to be a boring story (laughed)," added Shah Rukh as he spoke to the media on the sidelines of his Eid celebrations on Monday.

Known lovingly as the Bollywood 'Badshah', 'King of Romance' and 'King Khan', Shah Rukh made humble beginnings from the television industry and worked his way into films. From action roles, negative parts to romantic avatars -- he has lived it all. In real life, he is known for his wit.

Sometimes, his humour has also landed him in trouble.

However, the star believes that people and media never got their analysis right.

"The most funny part of my life is the analysis that people do of me... I do not react on everything because then I will be doing that for the rest of my life. So, if you like my sense of humour, it's good. If you don't like them, so be it. If you are untouched by it, it's okay."

iPerfection 3 years ago SRK should write his own life story and make a movie on it directed by himself. That movie is gonna be GOOOD! Waiting for that day!

made-in-charms 3 years ago Your biopic will be the most interesting one .
Everyone thinks their life is boring , but actually it is not.
Your life is really inspiring and people would love to know about it.
Love you SRK