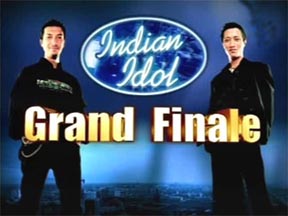 After five months of hard work, music and fun, finally the wait for next Indian Idol came to an end and the title of Indian Idol 3 was bagged by the Sepoi Prashant Tamang which was announced by John Abraham in the grand finale. It was a grand affair with audience getting a glimpse of all the previously eliminated contestants performing again. Whether the choice made by the public is a correct one or not is something we will get to know in future. It was a treat to be a part of this Indian Idol season. Though there was disparity among the judges and fights that could be seen on the sets, it was a thorough musical journey and Indian Idol again proved to be one of the best reality shows on Indian Television, getting the viewers hooked on to TV sets every from Thursday to Saturday at 9 PM. These contestants will definitely be missed by everyone and eyes will be waiting to see the next set of contestants in the next season!! 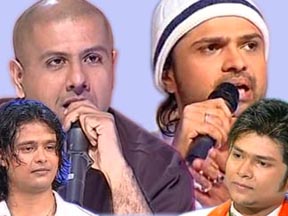 Even SaReGaMaPa is nearing its finale. But it was unfortunate to see the top four giving such mediocre performances, when the top 4 should be giving their best performances. These very contestants have given much better performances earlier. The Mentors especially Vishal and Himesh, instead of pointing out to them, about this fact, were too busy hyping and defending their own gharana contestant’s mediocre performances, and also in the process running down the contestant of other Gharanas, which was indeed very unfortunate. Again, the versatility issue came up this week. Why can’t they understand that at this last stage, it is always better not to experiment and let the contestants stick to the genre they are comfortable in? Why try to make them sing something different in order to prove a point and ending up giving a lackluster performance marring their track records? It may even result in their elimination the following week. In the past five months, these contestants have all proven their mettle time and again, and now it’s better to let them stick to their own genre of comfort and give out their best to the audience. 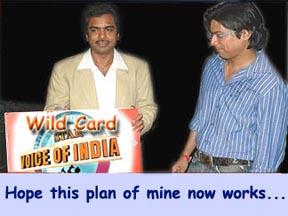 SVOI has raised a big question regarding the wild card entry. The show decided to go in for wild card entry after elimination of many good contestants. But too many things are still unclear - What is the format and how many contestants are going to be brought back in the contest, and also when? What was the need for getting those eminent people from music industry in the Wild Card round as “Wild Card Selection Judges”, giving the viewers an impression that it’s them who are going to select the wild card, but then leaving the final decision in the hands of public? Why these duel plans? This is not the end to the list of questions raised – Will there be any elimination next week and if yes, what will be the future of that contestant? To add more to it – How fair is it to bring in wild card entries at this stage when there are only 5 contestants left? Being in Top 5 is an honour and now with already eliminated contestants returning , if one among the present top 5 get eliminated, they will not be considered as top 5 anymore?. Will that be very fair on those contestants who by fair means got to this stage? Oh yes, even after the wild card entry special on Sunday, we have not yet got to know who are the ones to re-enter the contest from the wild card special round.

The format and rules of SVOI have always been mended according to the situation giving a bizarre idea of the show. It's high time that the producer gives a clear idea of what is happening and what is going to happen in the future. This is not a suspense thriller, but a reality show where the so called suspense is turning into confusion. The producer must understand that it is not good to play with the sentiments and value of money of the viewers as well as the career of the contestants. Hope atleast in the next week, the viewers get to know what is the actual format!! It’s high time, not just SVOI but all these shows rise to the need of the moment and give us top quality packages, that are expected at this stage of the show, so that viewers are left wanting for more and not the other way round.

14 years ago SRK is CUTEEE!! Arjun needs to get rid of the moustache.. doesnt suit him!:(

14 years ago awww thank u sooo much! srk looks sweet!

+ 2
15 years ago gosh, yeah I noticed that on the last epi og srgmp.himesh trying to kick raja out of the contest by discouraging him. Himesh should be really be happy that someone like aneek is in his gharana or else he would of been gone from the show if there was someone else instead of aneek.What himesh is doing is wrong. I'm surprised that people still likes him inspite of how arrogent and rude he is.

15 years ago i luved the finale of II3 but i wish amit had won..atleast he got a car aswell.soo..as for srgmp they shud have been harder on the contestants b4 and pointed out thur errors or have dun the versatality thing b4..y bring it out now..i agree the srgmp singers arn't singing thur best its kinda sad..its all teh gurus fault they shud have picked out versatile singers from b4 and shud have helped them improve then so they wudn't b bad now...himesh jus has to shut his mouth thas all...

15 years ago RegardinG VOI my views are exactly the same that what will happen to the eliminated contestant fron top 5 wheras someone is going to be back amongs the bottom 7. Isnt this injustice with top 5 contestant ??

15 years ago Thanks for the Awesome Article mind blowing , Fantastic , Superb and excellent. 10/10 for sure :-)

+ 5
15 years ago Ya Di... the esence of music has gone and people can see the show who wants to enter politics...

+ 3
15 years ago Very true Barnalidi, what am i going to do in that time slot for Indian Idol now?? :( JDJ will be there, but it's not the same.. i will terrible miss II, it was really a part of my life :(

SRGMP also, this Friday's elimination,whoever goes, it will be terrible... uff!! great article, thanks!