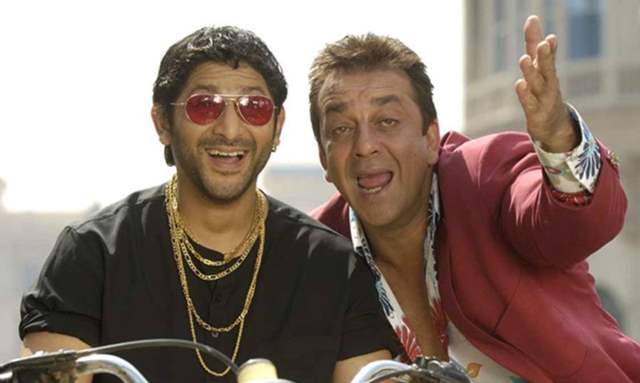 It's been more than a decade since Lage Raho Munna Bhai (2006) was released and since then the fans have been longing for Munna and Circuit’s comeback. The unmissable chemistry and the right example of Brotherhood, Munna Bhai has always ruled the audience’s heart and now, Sanjay Dutt is finally all set to make a comeback with Munna Bhai 3.

Recently, Bollywood director Vidhu Vinod Chopra released his latest film Shikara and has revealed that he is all set to focus on focus on a new Munna Bhai project because he wants to make a fun film.

During the promotions of Shikara, Chopra revealed, "I really want to make Munna Bhai. It (Shikara) was a very tiring film because it was very close to my heart. I want to make some fun films now. I have been wanting to do Munna Bhai from a long time. Now finally, we have something that I would want to do.”

The Munna Bhai franchise dates back to Munna Bhai MBBS (2003) followed by Lage Raho Munna Bhai (2006). Both the films were directed by Rajkumar Hirani and they turned out to be blockbusters.

Chopra was also quizzed if he’d bring back the same cast and crew after a decade, to which, the director replied, "It (Munna Bhai 3) will be with Sanjay (Dutt) and yes, hopefully, all of them will be there," he replied.

He was further asked if he had a tentative date in mind for his new Munna Bhai project, Chopra said, "How can I say that? I am going to work on it from 10th (February). We have got the right idea but we have to work on that. I can't say how much time it will take to make but I really want to make it, because wherever I go people ask me about it. Even at the airport, people keep asking me, ‘when will Munna Bhai come?' (laughs). So, we have to make it before people get upset with us!"

Irrespective of dates and shooting schedule, fans can finally cherish the new development to see their favorite Munna Bhai on the big screen after a long time.