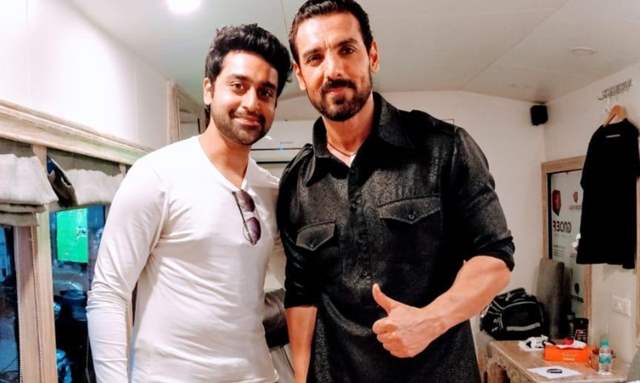 Vivaan Parashar is all set to make his Bollywood debut with Mumbai Saga. The actor will play one of the 4 gangsters alongside John Abraham, in the movie. Vivaan is also currently a part of Naseeruddin Shah’s theatre group ‘Motley’ and has previously done a web film titled ‘Skin Of Marble’

We got in touch with Vivaan where he spoke about bagging the role, working with the actors, and more.

How did the film happen to you?

I did a film called Skin Of Marble with Naseeruddin Shah. It was a short web film which came on Youtube. It became really popular and I won the best actor award for that film as well. Sanjay Gupta’s associate director Nadeem Shah, felt that I fit the character of Sadashiv very well for Mumbai Saga. He showed it to sir, and Sanjay sir felt the same too after which I had to go through rigorous look tests for a month whether to see if I was looking like a gangster of that time, whether I fit the role exactly. After a month, I was told that I had bagged the film and they called me to sign at the White Feather office. It’s been a fantastic journey ever since.

Tell us your experience of shooting with John and Emraan.

Ans 2. Shooting with John bhai and Emran bhai has been a surreal experience to share the least. I used to keep their posters when I was in school, when I was in college. I really used to follow their work and their songs and suddenly I went from idolizing them to being their co-actor. It has been an amazing, unbelievable journey. I idolize them even more now in fact because I have known them as a person and they are both such modest and wonderful people that it really teaches me how to go about in the industry. It has been an amazing journey and till today we are in touch and they are like brothers to me.

What would you say has your journey up here been like?

The journey until now has been pretty interesting and tough at the same time.

Not a lot of people know but I started my career at age of 12 as a child actor. I would shoot the entire night and go to school in the morning, go to tuition after that, sleep off the entire afternoon and then again get back to shoot. So, a lot of life has been like that and it took me 13 years to get my big break. I got it at the age of 25. It’s been beautiful and tough at the same time. I have struggled and done different mediums, I have done OTT, I have done a few TV commercials, I have done a lot of theatre and then I got my first Hindi film and who better than Sanjay Gupta sir. It’s been tough but I understand the value of every single thing now in this journey. So, I’m really grateful for that.

What kind of roles are you looking forward to?

My guru, Naseeruddin Shah, told me to always look for characters in a story that has a conflict or a problem to solve. I completely endorse that fact now that I am a part of the movies. I completely understand what it meant. When you are part of a good story and you have a conflict to solve, half of your work is done there. I want to be a leading man in Hindi films, that I where I want to be in the next few years but it’s all about playing interesting characters that have something in the movie because feel we are reaching an era where good characters and good performances are being appreciated. It’s not about the leading man, it’s about many people right now in the story. I just want to be a part of good stories for now and eventually play leading roles in those good stories. Right now, I am open to good opportunities and good stories to be told.