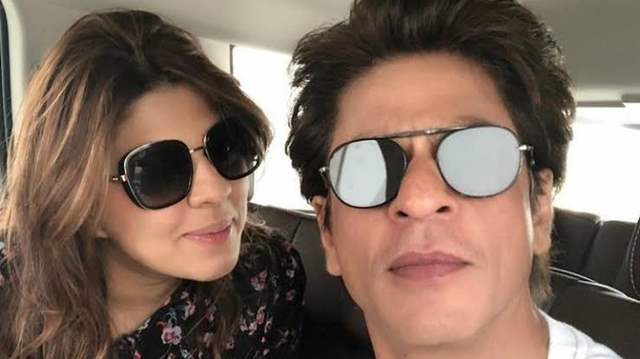 Pooja Dadlani manager of Bollywood superstar Shah Rukh Khan has been summoned by the Mumbai police.

According to sources from Mumbai Police have revealed that Pooja has been issued a summon in the extortion investigation attached to the on-going drugs raid case.

The vigilance team at the Narcotics Control Bureau may also issue a summon to her.

Pooja Dadlani’s name cropped up in the probe after a special investigation unit (SIT) of the Mumbai Police reportedly found CCTV evidence of Pooja meeting KP Gosavi and Sam D'souza in Lower Parel.

According to reports, Dadlani's blue Mercedes was spotted in CCTV footage in the area, just as mentioned in the affidavit of witness Prabhakar Sail.

India Today's report have claimed that the team probing allegations of 'extortion' in the cruise drug case involving Shah Rukh Khan's son, Aryan Khan, are now likely to register a case against Gosavi and will likely call in Dadlani to record her statement.

In his plea, he claimed that Kiran Gosavi had taken Rs 50 lakh from SRK's manager to get Aryan Khan released, and the amount was returned after the NCB arrested the 23-year-old in the case.

He also claimed that NCB officials were not corrupt and said that Gosavi and Sail were calling each other pretending to be NCB chief Sameer Wankhade by saving his name on their mobile phones to pretend they were in touch with him.

Pooja Dadlani has been Shah Rukh Khan’s manager since 2012.

She attended every court hearing of the drugs case involving Aryan Khan. While the star son was lodged at Arthur Road jail, Pooja was seen at the court hearings with the lawyers.