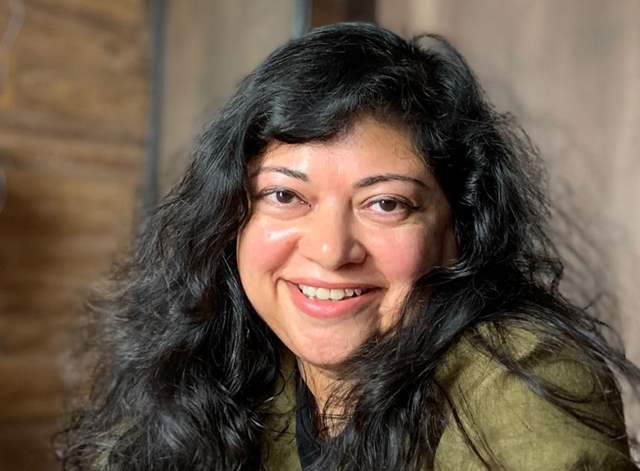 From being a writer to turning producer, Mrinal Jha has seen it all and done it all where she has now been responsible for some of the most successful shows on the small screen. Even though as a producer, she might have been selective about her projects but as a writer, she has indeed penned more shows than we can count. From the likes of Kaahin Kissii Roz to Ishqbaaaz, and even from Divya Drishti to Nazar, the list is long and alluring enough.

In an exclusive interview with us, we asked her about how does she feel about spanning a career of almost two decades, her challenges in making TV shows and her vision as a producer. She said, "Honestly I don’t consider anything as a hurdle but treat it as learnings which help me become better each day because my work defines me and it is what I enjoy doing most. Of course there are ups and downs at times when you need to adapt and or may have to suddenly change the storyline under unfortunate circumstances but it only makes me more agile as a professional. If the primary focus and intention is to keep your audience happy, you will always look for positivity in all aspects of your profession and undoubtedly create stories which have intrinsic variety for your viewers."

Having debut with Kaali - Ek Agnipariksha, which was a bold move, she has been selective about her production ventures. When asked about her vision as a producer, she said, "Kaali was meant to be a finite show that was released during the Nayi Soch campaign of Star plus. It was appreciated for its concept undoubtedly along with the characters that played in the show.  Prior to Kaali we have also produced India’s first TV show format digital series ‘Jay Hind!’, introducing the web world to the stand-up comedy genre. It went on to pose as the world’s longest running internet show. As producers both Abhigyan and myself always try and narrate interesting stories staying true to originality, focusing on the aftertaste it can leave among the audience."

We cannot wait to see what she has in store for us.

Subha Rajput says ''Anaysha in Bekaaboo has not just been a character, ...