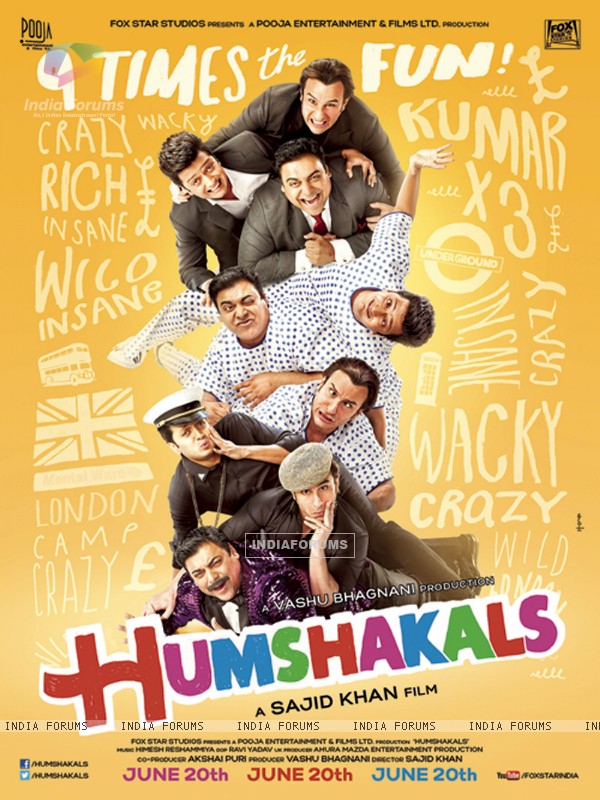 Just because you say you want to make a mad comedy film, you can't actually make everybody go mad and go to a mental asylum. Sajid Khan's Humshakals is one such slap-stick comedy. It has some of the poorest jokes that would not even qualify as a poor joke. Himmatwala seems to have taken away Sajid Khan's funny bone and hid it at a place he would never find it. With triple roles of three characters in the film, it is three times more tiresome. 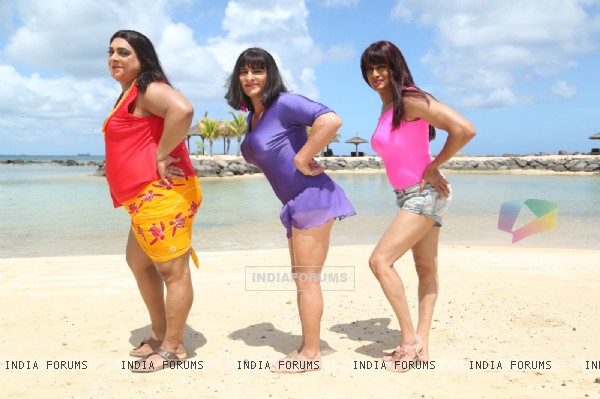 Well, I would have loved to speak about the performances but there is never acting in Sajid's films, it's always overacting. And the one who is best at it in the movie is without a doubt Riteish Deshmukh. He is one person for whom comedy can never go wrong. Even if you find the movie not going anywhere, you sure want to sit through the film just to see his performance. He plays the role of Kumar, who is normal guy, and he pulls of his role with ease. The 2nd Kumar that Riteish plays is that of a mental patient, whose mind is of a 5 year old. He does that so adorably that you can't take your eyes off him. The third Kumar has some feminist features is also done well, but of no use at all. Other than these he also plays a woman in one of the sequence of the film, and oh my God! What an amazing girl he looks. Even though he has done it once in Apna Sapna Money Money, this one seems to be an altogether different role, and doesn't seem repetitive.

Saif Ali Khan who plays the role of Ashok in the film is a very rich and successful man. The pity is Saif is extremely bad in this one too. What more can one expect then from the other two characters. The character that is mentally unstable, well, tends to annoy you because it is overacting that can't be explained in words, the last character again had no need in the film at all. Saif just looked like a very voluptuous man like woman. 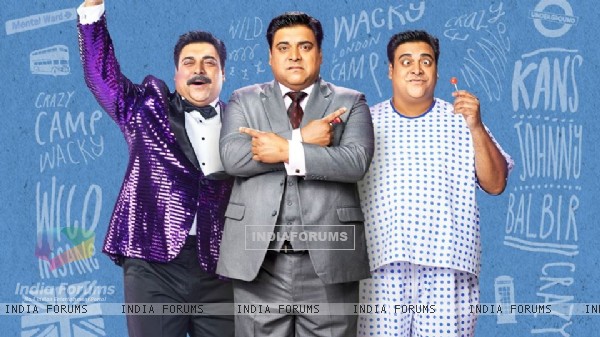 Ram Kapoor is a serious surprise package. The 1st character is that of Askok's Uncle, a negative character. We have seen him in that light in Student of the Year and he sure does a great job with grey shades. The 2nd character is of a mentally challenged person, Johny, who becomes if anybody, sneezes and he can only be pacified by giving him a lollipop. Just imagine Ram Kapoor relishing lollipop. He plays that character very well and you actually feel sympathetic towards that particular character. The 3rd character was of a dance bar owner. Again which was a complete waste. The Female getup that Ram Kapoor donned was very hilarious. Hats off to Ram Kapoor for playing a character that is way different from everything that he has been doing, yet seemed completely in the skin of the character.

The girls in the film were mere show pieces and the reason for breaking into a song, when you just want to get done with the film. I think instead of Bipasha Basu, Esha Gupta should have been the one missing from the promotions, since I don't think she was there in the movie for more than 20 minutes, now that I give it a thought none of the girls did.

The music is very jarring and not very foot tapping either. Callertune and Khole De Dil Ki Khidki are the only decent ones in the film. We can't really blame Himesh Reshammiya for this, after The Xpose he sure was quite disturbed himself.

All in all the movie can be a onetime watch if you are watching it at home, that too when it is telecasted on television. Because this one isn't too much it is "three" much!