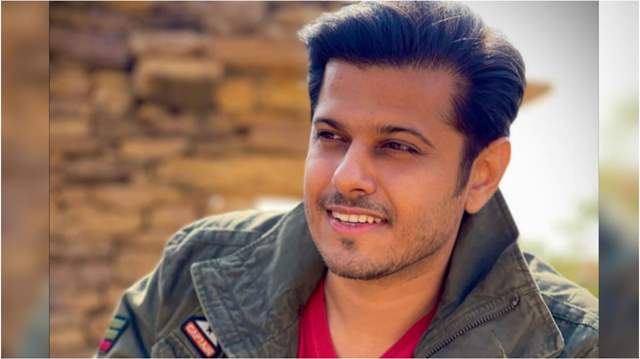 This week, the BARC chart witnessed a major change in the rankings of the show. All this while, Star Plus show ‘Anupamaa’ was topping the list, however, this week, ‘Ghum Hai Kisikey Pyaar Meiin’ secured the top spot in the list and defeated ‘Anupamaa’. The cast and crew of ‘Ghum Hai Kisikey Pyaar Meiin’ are elated and humbled by the love of the viewers.

India Forums got in touch with actor Neil Bhatt who plays the character of Virat Chavan in the show and asked him about his initial reaction on learning about the show topping the charts this week, Neil said, “I was on a call with the producer and we were discussing something important and that’s when he congratulated me as the show topped. I was pleasantly surprised and quite happy. Honestly, the number game doesn’t really affect me a lot but it does to the entire team of the show who work endlessly and tirelessly. I’m super happy and glad that everyone’s hard work has been paid off. Having said that, I believe more than securing the top spot, maintaining the same holds a lot of importance. I believe in consistency and I’m elated that our show has been consistent on the TRP charts”.

I think audience don’t suddenly join or leave any show; it’s a gradual process. So, I believe the ratings depend on episodes of few weeks put together.

When asked what exactly according to him worked in favor of the show, Neil said, “Well, I don’t believe that the numbers are just a result of one week’s episode, but it’s an accumulation of few weeks. I think audience don’t suddenly join or leave any show; it’s a gradual process. So, I believe the ratings depend on episodes of few weeks put together. Also, post leap, there’s a sense of maturity in each character and the scenes have depth and are very well-written. I think people like depth in characters and it has helped to connect with the viewers more. I would like to mention that since a month or two, the team is putting their extra efforts and walking an extra mile to deliver the kind of entertainment that viewers would like. Kudos to the team for being successfully able to do the same.”

Show some love for Neil Bhatt in the comment section below.

+ 5
2 months ago Today we have two new revelations. One Ghum has a storyline, two, post leap the characters have depth. Such a joke really. A question to Neil. What depth did Virat have pre-leap and What has changed post-leap ? Pre-leap he was confused between two women aur post leap wohi haal 🤣 pre leap he was married to Sai and didn't give a damn, post leap, he's married to Pakhi and still doesn't give a damn about Sai 😒 he still throws tantrums and accusations 🤦‍♀️Please bro, don't tell me Virat has depth. You know it's a lie 🥲🤣

+ 5
2 months ago Important call with the producer?? Is it to change the narrative or to increase his wife's screen space?? Well dude stop throwing tantrums..

+ 6
2 months ago By denying credit where it is due you can’t change what most of the viewers feel Neil! I know why you say the achievement is not due to one week cos you very well know your Aiswarya hardly had any SS this week and it is SaiRat driven Savi revelation that won the hearts . Even if you consider few weeks in your own words after Vinayak race she hardly has any SS leave alone performance. Hope you realise why most of us still watch the show or atleast don’t try to demean the real contribution done by you and your onscreen FL Ayesha for personal reasons.

+ 2
2 months ago Neil please give credit only to the goddess of overacting. if lions, tigers are important. Even weird looking giraffes are important in a jungle.

+ 2
2 months ago He doesnt want to give credit to Sai and Savi and JM for getting trp this week. So he says it's due to all previous week's.This week P had very less SS .

+ 5
2 months ago he means that his character has a lots of depth in term of evilness..And why woun't he say that when we are silyl to give reviews on minute dtaitails which

+ 7
2 months ago Good interview as he has shared what work in the industry and how makers think1. He is right when he says audiences don't leave the show so easily and trp are based on last few weeks not this week alone. 2.Maintaining is important not just topping by fluke. This is where I disagree with him 1.There is no depth to the characters post leap . The quality of the show has gone down . Its working on cheap tactics2.Among all his character is the one that lacks depth and is shown as immature, impulsive and bigamist. Its surprising he gives such statements when he should be concerned about his character arc. 3.Whitewashing crimes is not maturity. Trp audiences might be dumb but at least online ones don't accept Pakhi as mature character