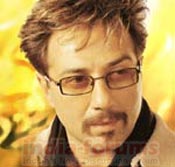 Karnik's proximity to Bobby is well known - he directed him in 'Nanhe Jaisalmer' and worked with him in 'Kareeb' where he assisted Vidhu Vinod Chopra.

After the fiasco of his directorial debut 'Kyun...! Ho Gaya Na' starring Aishwarya Rai and Viveik Oberoi, Karnik tried to make it big with 'Nanhe Jaisalmer'. But it also turned turtle at the box office.

And now he is trying his hands at an episodic film with 'Mera Bharat Mahaan'.

Going by the rather sad fate of episodic films in Mumbai, will 'Mera Bharat Mahaan' perform any great feat?

Preity Zinta, who plays an unusual role in the film, is all for it.

'You watch - it will change the course of episodic films. I have just 20 minutes of playing time with Salman Khan. But whatever we have, we had a blast shooting it,' she told IANS.

Apart from 'Life in a Metro', no episodic film has done well in India.
Featured Video 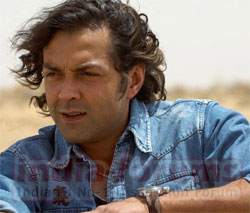 From the sensitive 'Life Mein Kabhi Kabhie' to the hard-hitting 'Darna Zaroori Hai' to the intriguingly underrated 'Salaam-e-Ishq' - films telling various segmented stories in one assorted bouquet have crashed unceremoniously, and never mind if 'Crash' was a surprise winner at the Oscars triggering the episodic wave in Hollywood.

While Sanjay Gupta puts together his super ambitious 10-story film 'Dus Kahaniyaan', director Karnik has taken off on an India tour involving three episodes and one on-going episodic theme featuring Sohail Khan and Vatsal Seth, which binds all the episodes together.

While one episode features Salman and Preity, another brings together the odd pair of Mithun Chakraborty and Dino Morea and the third will have Sunny and Bobby.