Ajay Sinha the Master Craftsman of Telly Screen is now back in Action post Astitva Ek Prem Kahaani. The popular Serial Astitva won accolades for its sensitive storyline and the protagonist of the serial, Dr. Simran still remains in the hearts of viewers all around the globe. Ajay Sinha is now again into our daily schedule with One’s Ghar Ek Sapna. A noticeable thing in this serial is that, most of the cast seen in Astitva is present in this serial too, thus enhancing the wonderful chemistry that exists between the actors and the Production House.

Our reporter Hiral Anju Bhatt made it to the sets of Ghar Ek Sapna and got a warm welcome from the unit. If the viewers at home expect a shooting spot to be heated with frustrated directors, exhausted actors and paranoid writers, then we are in for a surprise here… The sets of Ghar Ek Sapna was simply outstanding, all in the unit, starting from the Director to the Actors to the Technicians seemed to have a gala time shooting.

Moving on to describe the scene that was being shot – The scene is very tragic as the son of the house Samman has just suffered an accident and he is hospitalized. It is a life and death situation for him and all in the family are assembled there, the whole family is sad and going through a bad phase. Now, do you think the actors there, were sober and emotional as they shot this scene? Our reporter was taken by surprise as the cast and crew were singing, dancing and enjoying in between shots, as they needed a change from the glycerine shed before the cameras… so much so, that the director himself could not resist as he joined in. The whole ambience and atmosphere was funny and all were so relaxed even when a sad scene was being shot. 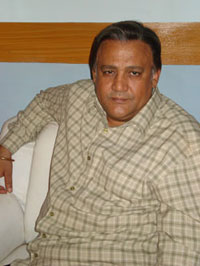 Featured Video
We caught up with the senior most actors of this serial Alok Nath and Himani Shivpuri. So here is a small chit-chat with them…
Alok Nath, popularly known as ‘Masterji’ of Buniyaad is looked upon as a fatherly figure in telly industry today. A veteran in Telly as well as Bollywood , his dimples and charming personality gather respect from one and all.

You have been the first face of Indian television and have been like the father of actors all across bollywood and small screen. What according to you, has been your best work so far?

Alokji: I wouldn't know. But if I am asked to choose what I liked doing the most, then that would be Buniyaad. I also had a great time working with Rajshri. I have even worked with great production houses like Ajay Sinha's. We did Astitiva and now this. Its been a great time over all.

You have been part of almost every project that Rajshri has done, what new projects are you a part of next?

Alokji: As of now, I don't know. Suraj takes a while with each of his projects. Vivaah was the last one. I don't know if he is working on anything else. Rajshri is making movies with directors outside their production house, though I am not a part of that.

Talking about Ghar Ek Sapna, Can you tell us something about your character here?

Alokji: Well, I am playing the father of the protagonist Samman.I play a person who is extremely disturbed as he has lost a lot in course of time. His business went down the drain because of Kakul's marriage and as the audience knows, there has been trouble since then.

What made you opt for this role?

Alokji: Its Ajay Sinha. This is like a home production for me.

Lastly, since you've done films and television, which would you prefer more? Tellyworld or Bollywood?

Alokji: Honestly, there is no difference. 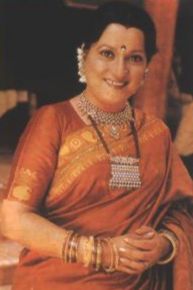 Well that was Alokji at his modest best!!! Now as we move on to Himani Shivpuri – A prankster and chatterbox in real life, a loving mom and a fun loving aunt onscreen, Himaniji is just full of life and energy. Lets talk to Himani Shivpuri and get an insight on what she is upto now…

Tell us about your character in the show.

Himaniji: Here I am playing a mother of six who has her share of likes and dislikes. She is not happy with the new bride Kakul, as she wanted her son to marry Vanshika. But after Vanshika turns evil, the family faces financial crisis and goes through some hard times which turns her negative. Other than that, she has nothing against anyone. She is a real life character with her own highs and lows…

With all of these years of experience, which do you think is your best so far?

Himaniji: The best is yet to come… (Laughter) Well, I wouldn't know what's my best performance, its for you guys to decide.

Ok, what have you enjoyed doing the most?

Himaniji: I loved working with Rajshri. However, I enjoyed playing the mom in the movie Biwi Number One. Doing all those pranks with the kids, it was fun. We used to even enjoy a lot of the sets.

What do you prefer - Film or Television?

Himaniji: I prefer Theatre more than film and television. Theatre has a feel of real acting and one needs to put in lots of hard work. Film and Television is more materialized.

Himaniji: I am doing ELAS and Ghar Ek Sapna at the moment, so have no time for anything else.

Well folks, those were the two renowned and vivacious actors from the entertainment fraternity. Coming up soon is a chit chat with the four leading ladies of Ghar Ek Sapna, only on India Forums, Telly Buzz. 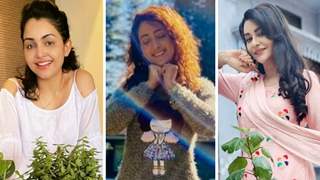