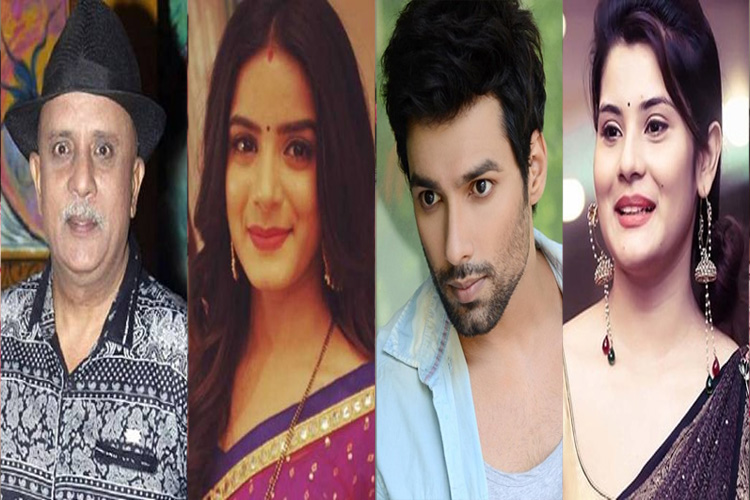 We were the first to break the news about how actor Zuber Kamal Khan, who played Manpreet in Colors' Kasam Tere Pyaar Ki will be exiting the show, as it goes for a leap.
And now the same has been confirmed recently, where this leap will not be just another one, and that it will enable yet another reincarnation in the show.
Yes. The special powers seem to be super impressed with Kasam Tere Pyaar Ki's premise, that it will probably be the first show to enable multiple reincarnation tracks.
Okay, let's not get into how preposterous does that sound and get to the casting process.
The leap will be enabling a lot of exits and a lot more entries too, where actors like Shamin Manan, Karan Godwani and Reyaansh Chaddha have already been signed on to pivotal roles in the show.
And now joining the cast are actors, Rajesh Puri and Nikki Sharma.
Veteran, Rajesh will play the role of a father, and Nikki will play Kratika Sengar's half-sister in the show.
Are you excited about this reincarnation again? Leave in your comments below.

3 years ago So excited to see kratika's new look .. all the best

3 years ago Kasam Tere Pyaar Ki !
Looking forward to d new exciting entries. All must be equally talented to get into this show. From what little I saw - Reyaansh & Karan are brilliant performers. Am equally eager to see d equation of sister between Kratika Sengar and cute Nikki Sharma.
Hope d Writers & Directors are new and brilliant as Kratika and Sharad are awesome performers. So eager to know their role & looks. Best Wishes to all

3 years ago super excited for the leap.I will miss zuber and all other cast so much.All the best to all

movierecipe 3 years ago Reincarnation seems a bit too old, but the news cast will infuse some new life in the serial.