View Profile
As all may know, Bollywood's chocolate boy turned superstar Shahid Kapoor has been dedicating all his time to his upcoming movie, Mausam, which is being directed by his father, Pankaj Kapoor. 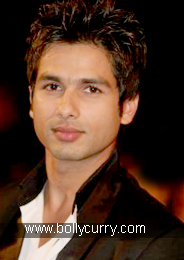 Needless to say, Shahid has emeged as one of the finest actors we have today in the Indian film industry where he has stolen countless of hearts with his portrayals of various roles. Mausam proves to be no different as Shahid is all set to play a fighter pilot, a role which should enstate him to a new level for his eccentric sided personality.
Shahid, who believes in following his mind, expresses that his film Kaminey and now Mausam are both close to his heart. The reason being simple - he gets the chance to explore new and different characters in himself while doing these sorts of movies. As the actor loves doing unusual characters, these roles are definitely one of a kind and special to him. He especially is happy to be doing this movie with his dad and more than anything, he says that he recognizes that his dad is a better director then he ever thought and he actually prefers his dad as a director more than an actor.
While Mausam has already gained its fan following, we wish to see Shahid set the screen on fire soon!

Before Death, SP Balasubrahmanyam Has Sung For Upcoming ...
33 minutes ago

Sushant's Family Displeased With Attention Being Diverted ...
35 minutes ago

After Ten Months Jacqueline Fernandez has Finally Re-united ...
45 minutes ago