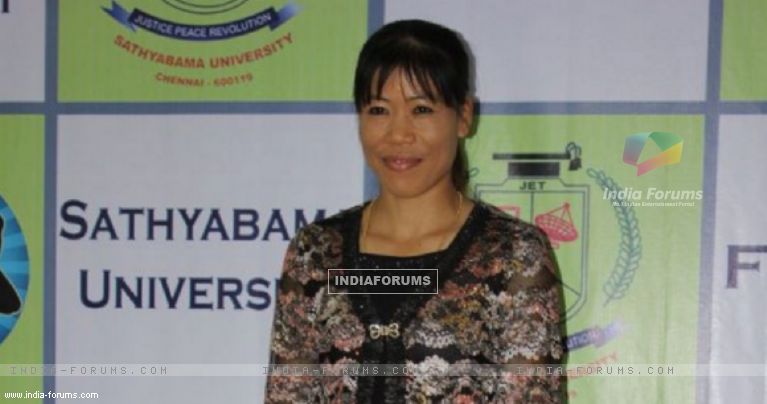 Five-time World boxing champion M.C. Mary Kom and her husband Onler are rumoured to have been approached to participate in celebrity dance-based reality show "Nach Baliye 7".

"Mary Kom has been approached to be a part of 'Nach Baliye'. The talks have been on for quite sometime and we are waiting for Mary to revert," said a channel source.

"Nach Baliye" earlier associated only with actors and musicians, promises to go bigger by roping in people from other fields in its seventh season.

When asked Mary Kom about the proposal via SMS, she reverted saying: "No info yet".

While Mary Kom has shown her boxing skills in the ring several times, it will be interesting to see her footwork on the dance floor with her husband.

"Nach Baliye 7" will be aired on Star Plus.