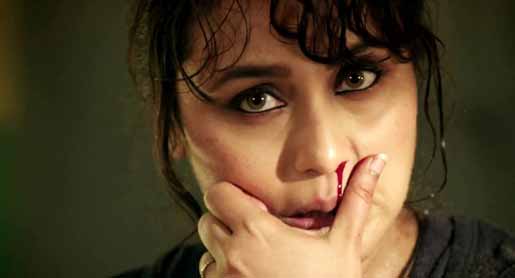 Commonwealth Human Rights Initiative (CHRI) has written an open letter urging that "Mardaani" shouldn't be shown to police officers because the style of policing in the film promotes "violent" and "encounter-style" policing in the name of "efficiency".

Impressed by Rani Mukherjee's new movie "Mardaani", which sees the actress playing a police officer on a mission against trafficking of girls, a top police officer in Bihar had requested district chiefs to arrange shows for all policemen to take inspiration from it for the fight against child trafficking.

But CHRI is against it, said a statement.

CHRI has written an open letter to Arvind Pandey, CID Inspector General (Weaker Section), Bihar, who instructing his district SPs, GRP SPs and Commandants of Bihar Military Police that "Mardaani" be shown to all police officers.

The letter reads: "No doubt the heroine of 'Mardaani', Shivani has certain qualities that every police officer must uphold. Honesty and corruption-free police conduct is what the public look up to police officers for.

"However, Shivani's conduct involves gross violations of the Constitution, criminal procedure, and fair trial rights of the suspect. The increased emphasis on violence as the solution to solving all problems re-emphasises bad practice, which the police is everyday being accused of."

The organisation commends "the good intentions behind your order and are optimistic about it being the right opportunity to critically examine and continue the debate on tackling sex trafficking. However your endorsement promotes violent and 'encounter-style' policing in the name of 'efficiency'."

The letter also read: "Criminals must be brought to justice through legal and responsible policing, else we risk losing the distinction between criminals and the police service."

"A further problem which the cadre could miss from an over-emphasis on lessons from this film is the importance of dealing with the rescued persons with empathy and recognition because there are likely to be minor girls as victims who may have suffered both sexual and physical assault."

"While Shivani encourages the victims to violently kick the villain to death. Far from this fairy tale ending, it is paramount that immediate medical relief that includes mental healthcare be provided for the victim.

"We strongly urge that the style of policing in 'Mardaani' is not showcased to police officers, and we suggest that this be publicly clarified.

"An example can be made of the procedural illegalities in the film with a training session to point out what is wrong, and what should be the correct procedure. This is a more educational way to use film as a tool for interactive police training."