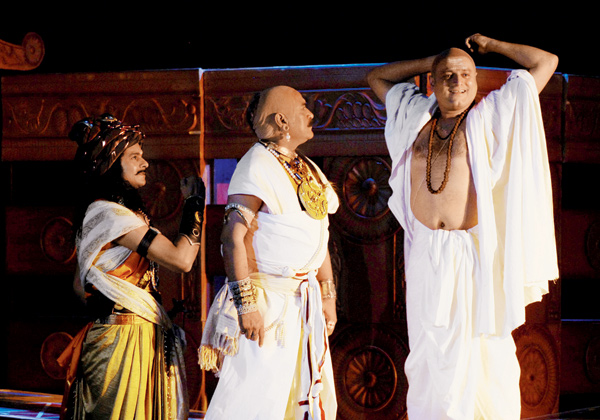 Veteran actor Manoj Joshi has plans for a grand celebration for the completion of 25 years of his popular play "Chanakya".

"I've been doing the 'Chanakya' play for the past 25 years, and on January 17 next year, is its 951st show. I'm going to hold a grand celebration for the show on the completion of its 25 years... a silver jubilee," Joshi said at an awards event at Bhaidas Hall here.

He intends to celebrate the silver jubilee at the same venue.

"Half of my life has been spent on this play. In between, I did about 100 films and numerous serials, but this play has been working because Chanakya (the character) is immortal and eternal," the actor added.

The character of the popular teacher and philosopher has become synonymous with Joshi. He has also featured in a serial in the 1990s which was also titled "Chanakya". He also portrayed the same character in the TV show "Chakravartin Ashoka Samrat".

Vidyut Jammwal plans to give it back; To empower talented people with ...