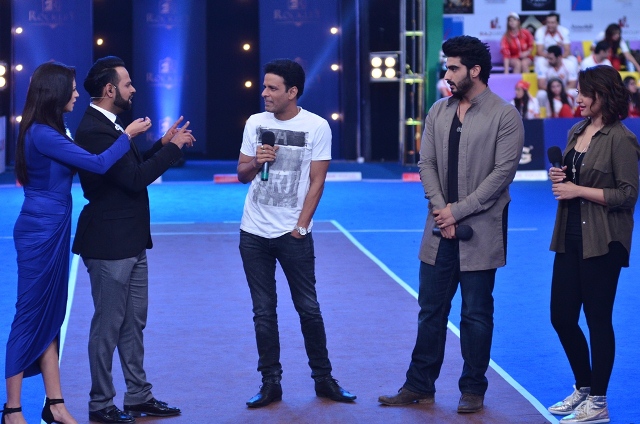 As is well known that BCL has become quite popular amongst Bollywood stars and now continuing the same Sonakshi Sinha and Arjun Kapoor will be seen promoting their upcoming flick Tevar. And joining them will be none other than the multi-talented actor Manoj Bajpayee who rarely makes TV presence now a days.

This is not it... the viewers will also witness Manoj and Arjun playing cricket with the Pune Warriors and Jaipur Joshiley team, respectively.

Apart from this, the episode will also showcase renowned TV star Shabbir Ahluwali's anniversary celebrations where Shabbbir will not only cut a cake but will also receive a lovely voice message from his wife Kanchi Kaul who could not make it for the match.

We are sure you don't want to miss your favourite stars playing cricket on the field and are eager want to know what Shabbir's wife had to say about him.

9 years ago That picture shown above is not even of Sarah-Jane Dias. This is so unpardonable. Who is writing all these articles? Can the author or publisher not make sure that they at least use the right picture.