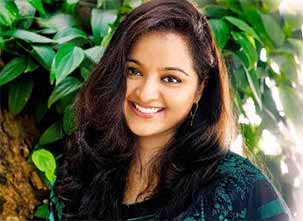 There is excitement among the team members of Malayalam film "How Old Are You?" as versatile actress Manju Warrier returns to face the arc lights for the first time in 14 years here Sunday.

The film is being directed by Roshan Andrews, who, accompanied by his associates, was doing a location check where the Kochi Half Marathon will be held Sunday.

"We are excited and we are here to look at the place where the filming is going to be held tomorrow," Andrews told reporters here.

In the film, Manju plays the title role of Nirupama, and her character is shown to take part in Kochi Half Marathon. That is why she will be here to give a shot amidst the real action.

Manju, 35, began her eventful career in 1995. In a short span of four years, she acted in 20 films. She married now popular actor Dileep.

When she took a sabbatical from filmdom after her marriage, she surprised many as she had created a huge impression and was rated as one the best actress ever to grace the Malayalam film screens.

She is a recipient of a special jury National Film Award for her performance in "Kannezhuthi Pottum Thottu". She receieved it in 1999.

Shashank Vyas to be Next Seen in Prem Raj Soni's Laila Manju!

Sanjay Choudhary Attacked By Goons; To File a Police ...
16 minutes ago