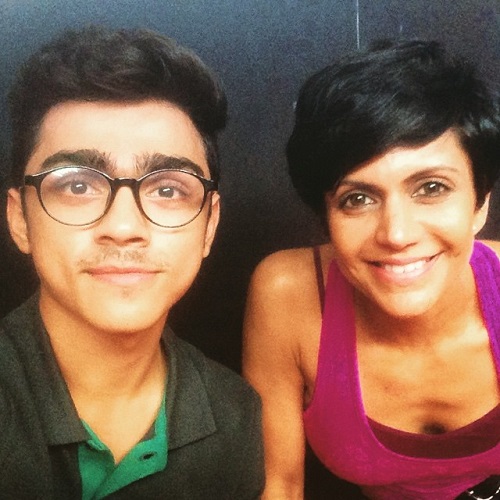 It is a trend of short stories that is going on. Well, this is not enough. Making short stories and putting on social networking site on their official page is something very public. TellyBuzz has brought to one such story.

Short film named Deuce' is being directed by Chintan Ruparel.

When contacted director Chintan, he said, "We have an official Facebook page named Terribly Tiny Talkies wherein we upload one short story every single day. We have directed five short films with five different directors. I am the director among them. All of these five short films will be released on Valentine's Day. Deuce is a film which has an emotional intense over the table conversation. It is between the mother and the son and what happens between them. They speak about edgy conversations on fear, love, insecurities, personality, attacks and much more. Mandira Bedi (last seen as a judge in Gangs of Hasseepur on Zee TV) will play the role of a mother and Rohan shah (currently seen in Itna Karo Na Mujhe Pyaar on Sony TV) of the son."

When contacted Rohan, he said, "It was very good shooting with Chintan and Mandira. I loved the script so took this up. After shooting continuous for two television shows, such projects are breather for me."

Well, this surely is one more feather in the cap for Mandira and Rohan.

TellyBuzz wishes both of them good luck for their upcoming venture!

5 years ago Rohan you rock...doing an awesome job in Itna Karo Na...

6 years ago thanks for sharinRohan Shah is a real star. Will be waiting for this

6 years ago Rohan Shah
u wow as Agam

+ 4
6 years ago Rohan Shah is a real star. Will be waiting for this

6 years ago Rohan you are an awesome actor...and you make IKNMP episodes special.