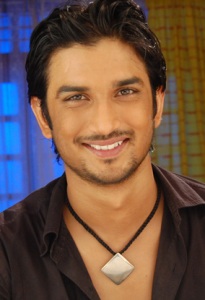 In tonight's episode of Zee TV's 'Pavitra Rishta', Archana (Ankita Lokhande) will take a big decision of accepting blame on her and the management, in order to bring Manav  (Sushant Singh Rajput) out of jail.

According to our source, "The ordeal of Manav in jail will end today as Archana reveals that Manav is innocent, and asks the law to take action against the management of the company, that includes Satish (Anurag Sharma), Dharmesh, Jaywant (Mahesh Shetty) and herself. In accordance with Archana's statement, all the four are arrested, and Manav is released. However, all four are let out later on bail. While Satish who was on a guilt trip, accepts Archana's decision, Jaywant and Dharmesh get cross with her".

Our source further says, "After the jail matter comes to an end, Manav will get back to work as he will be asked to join in again by Satish and Archana. Though Dharmesh and Jaywant are against Manav getting back to work, Satish will convince both to allow Manav to continue the work. On other hand, the relation between Archana and Jaywant which was already on rocks will get more strain. The chances of break- up between Jaywant and Archana are possible."

In between Archana's father who had a severe heart attack will come to recovery. The further track of 'Pavitra Rishta' will put more light on Archana and Jaywant's strain relationship.

What will be next twist in Archana and Manav's lives? Tune to 'Pavitra Rishta' tonight to catch Archana in action

Trinibeauty 9 years ago I can't wait for the day when Anchana and jaywant are no longer engaged. He does not care for Anchana as manav does...they Manav and Anchana are made for each other.... I never cared for Dhamesh..always thought he was an interfering person...Jaywant just wants to control Anchana..he can't stand the fact that she can stand on her own two feet and that she don't need him nor Manav.
She is now an Independent woman...she just happens to still be inlove with manav as they share a pass together and they both belong together.

atifawan10 9 years ago Please Ekta End this show... This show is disgusting

aarti2212 9 years ago i seriously wish manav never came out from the jail.
n this story is so predictable, i can tell u rite away that archana will never marry jaywant. poor jaywant, hes d new bakra.
hes so hot n good looking, manav is nuthing in front of him.
hope to c a new twist in the serial very soon, this is getting like a typical ekta kapoor serial.

LoLo 9 years ago Honestly, where in the world is this show going? Does anyone know?

curry-sistah 9 years ago i dont want him to go back to the company.

WooHooHaha21 9 years ago ahhhh!! thanks to the cvs!! finally manav's out but archu is suffering alot because of family pressure.. hope that gets well soon!!