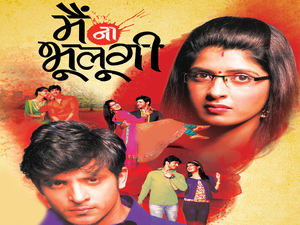 Shikha Gupta (Aishwarya Sakhuja) is a writer with a woman's magazine. Staying with her loving parents in a protective atmosphere, she is the eldest daughter in the family and has a younger sister and brother. One day she realizes that a black car is following her wherever she goes and tells her mother about the same. The next day, they have guests in the form of Sameer Verma (Vikas Mankatla) and his parents who have come with a marriage proposal for Shikha.

Sameer claims that Shikha and he have been friends via a marriage website where they both have registered themselves whereas Shikha claims ignorance about the entire thing. Her father when he comes to know that she is also being followed by someone in a car goes to the police station to lodge a complaint against the stalker and the website. He also bans her going out totally when someone throws ink on Shikha and she is scared after the incident.

Sameer who is an IT expert finds out that the false registration on the marriage website was actually done by Shikha's younger sister and her boyfriend just so that she gets married fast and there is no harmful intention behind it. Shikha's parents are thankful to Sameer and allow him to drop and pick up Shikha to and from office. In the process both of them come close to each other and the families are eager to see them married.

The show had a gripping start in the first two episodes. Saakshi Tanwar introducing the show talking about the torture women face was a good idea. The background music whenever the stalker's ominous looking black car comes on screen is superb! The interest level is well maintained in each episode so far.

The characters are well etched out and attention is given to detail whether it is the set, the accessories or the outfits. The story has a good pace and doesn't look stretched. Shikha's mother (Rajlaxmi Solanki) is a good actress who looks and acts like a real mother. It is also the first time when we see that a girl who is being harassed carries a pepper spray for her protection, which is something a girl in real life too would do. 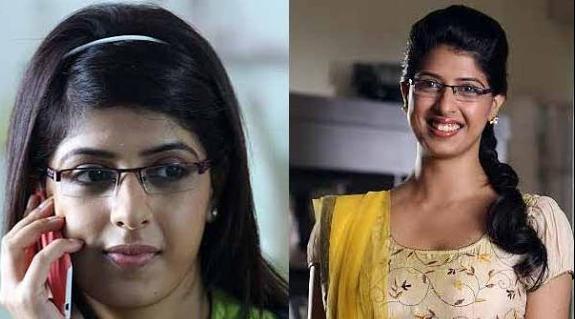 Sadly, there are things which also go against the show. While Shikha and Sameer's chemistry and the two families are good viewing, the office scenes where Shikha is supposed to be working are a bit irritating. They follow the cliched TV screen bosses where the boss is a bald, food-loving, funny creature who however likes the main lead. This is an oft repeated character in many shows which is seen in this show too.

While Shikha's character with her plain Jane looks along with glasses very much resembles Jassi, the boy Gappu from her office reminds us of Jassi's friend Nandu. However, in this case Gappu is smitten by Shikha and his way of expressing his one-sided love for her is a bit annoying. And pray, which boss gives a party just to announce a new column in the magazine?

Right from the first episode we hear all about Shikha's friend who is getting married next week, but after couple of episodes in one scene the police say that it has been a month that Shikha's father has come to inquire about the compliant and in the very next scene we see Shikha going to finalise the shaadi ka lehenga along with her friend. Did one week stretch into one month?

How come no one sees and objects to the black car hiding its registration number? There is so much of traffic on the road and no traffic cop stops that vehicle.

When Shikha's stalker calls her on her mobile and threatens her, she tells her father about it but he doesn't bother to go to the police to complain or find out what they have done about the case. It is the same father who is shown worried and has even banned Shikha from going out of the house but he gets convinced when Sameer says he has spoken harshly to the stalker who he thinks is just another road side romeo who will stop following Shikha soon. How can a father who has been taking things quite seriously so far get convinced so easily?

Main Na Bhoolongi seems to have got the basic thriller genre right and should focus more on that. Certain unrealistic happenings and forced humor do mar the show a bit which should concentrate more on the thrill part.

Since it is known by now that ultimately Shika's life after marriage is going to turn topsy turvy and her husband who is shown to be so caring and helpful will become something else altogether, the show reminds of Dil se di dua.Saubhagyavati Bhava?. Vikas Manaktala who plays Sameer reminds us of Karanvir Bohra in his looks and actions.

The show which started by saying that it is dedicated to women who have to face torture better concentrate on that issue and bring forth facts which will help viewers be on guard.

chandradg 7 years ago Good story,i am watching the show only for AVINESH REKHI,hope to see more of him.

anon91 7 years ago Watching it for Vikas. Also great to have Avinesh. The story is gripping so far. Thumbs up!

+ 5
7 years ago The show runs on SONY and the trademark of sony is in some time both ph and channel looses interest..

Hoping for the best...

+ 4
7 years ago I am liking Shikah N Sameer jodi. I disagree on Shika that shikah look plain and family as OTT. But I agree it Gappu character slight resembles Nandu and so early to say it Dil se di dua.Saubhagyavati Bhava? have to wait n see what happens after marriage. I also found it weird no one has not noticed that car which hides it's number plate . No police did not find it if they were watching CCTV footages in traffic signals.Waiting for the story to unfold .Still know excluding some minor points .I am liking the show.

7 years ago just started watching ... but since the PH is Beyond Dreams I will probably not be keenly watching as the PH absolutely messes up and looses control over their story as was seen in their Junoon.

7 years ago Main na bhoolungi is good show. But it's going to be on the story of saubgyabati bhav after some time. But i am happy that serial was really nice.

7 years ago This show is lovely. The two leads have such great chemistry. And i disagree that Shikha looks like Plain jane because even though she is dressed simply she is a beauty..

And love the interactions between the family. They are lovely and natural and not OTT>

+ 3
7 years ago Love u Sakshi Ma'am. This show is going well. I am looking to to upcoming episodes.

+ 5
7 years ago i really love this show, its unique and very intriguing to say the least -- both leads are doing a fab job -- hope the CVs continue to keep us viewers inclined