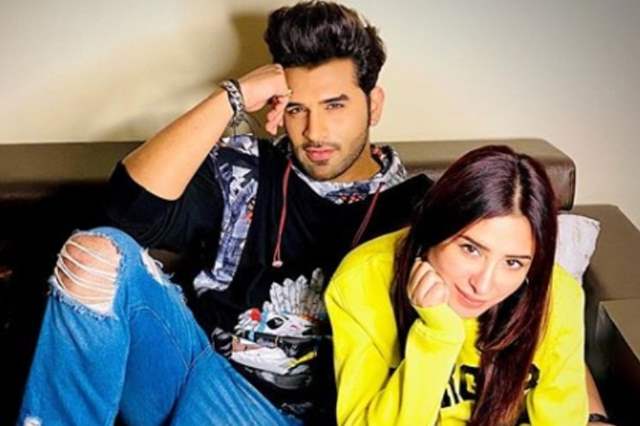 Actors and best friends, Mahira Sharma and Paras Chhabra's stance in their epic stint in Bigg Boss 13 were rather clear. They were indeed the best of friends and, in fact, not much was in question as to if anything else is cooking between them owing to Chhabra's saga with Akanksha Puri back then. However, ever since the show concluded, not only have Sharma and Chhabra continues to be the best of friends even today but have worked together more often than others and even hang out with each other more often than not.

This led to rumors about the duo dating each other circling around were statements from both their respective mothers about approving their bond strengthened the same all the more.

However, nothing was clear about it and now in an interview with Bombay Times, Sharma has opened up on the same. Firstly talking about their new track Hashtag Love which was shot during the lockdown, she said, “The first song, ‘Baarish’, was all things fun, romance and rains, and we had a great time working on it. The new track, ‘Hashtag Love’, is around the lockdown — an unusual experience that we will never be able to forget. I hope and pray that we overcome this crisis and things return to normalcy soon. The world is going through tough times and the least we can do is spread positivity and happiness around. That’s how we thought of this video. Paras and I will be shooting for it from our respective homes.”

When finally asked about their relationship status, she said, “Paras and I are busy with our respective work. We are best of friends, great colleagues and understand each other really well. This is the time to focus on work, and that’s exactly what I am doing. I am a workaholic; I want to explore the right kind of opportunities, and entertain people with good work.”

Paras Chabbra Willing To Do Nach Baliye With Mahira Sharma

ehaab 2 months ago Okay but u both should get marry.both deserve to be husband wife and a good life partner.

Eva Green Slams Back at Allegations That She Killed The ...
57 minutes ago