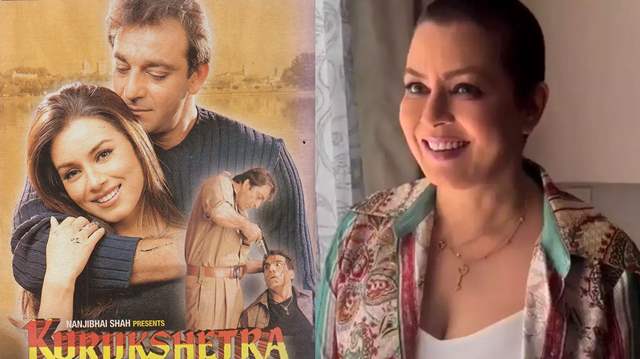 A few days ago, it was disclosed that actress Mahima Chaudhary was diagnosed with breast cancer. Anupam Kher took to his Instagram account and shared a video wherein Mahima was seen sharing her story with her fans and how she battled through this difficult phase in her life.

Recently the actress had a talk with Bombay Times and shared how she was inspired by Sanjay Dutt while recuperating from breast cancer. When asked about returning to work, Mahima revealed that Sanjay Dutt's cancer journey had inspired her. In August 2020, Sanjay was diagnosed with stage 4 lung cancer.

Following his diagnosis, he had rigorous treatment in Mumbai and was proclaimed cancer-free. He returned to the sets after his recovery and shot the climactic scene of Yash starrer KGF: Chapter 2.

Mahima told Bombay Times, that she will be glad if her story is utilised as a motivator because she too, have been inspired by other people's journeys. Even while battling illness, Sanjay Dutt was on set living his life, and his tale inspired her. That's how determined she wanted to be.

“Sanjay Dutt, Mahesh Manjrekar and I, we all did a film together called Kurukshetra, and strangely, all of us had to battle cancer around the same time,” she quoted.

Mahima went on to say that cancer survivors Sonali Bendre, Manisha Koirala, Tahira Kashyap, and Martina Navratilova have been an inspiration to her.

Mahima is presently in Lucknow filming The Signature. The film, helmed by Gajendra Ahire, also features Anupam Kher. It will be his 525th film as an actor. The Dhadkan actor recently uploaded a photo of herself on set wearing a wig. She was recently featured in Dark Chocolate, a Bengali film released in 2016.

+ 10
1 months ago Wow strange indeed but glad Mahima is okay, have a speedy recovery.