Spoiler Alert: This article contains spoilers. Read at your own risk! 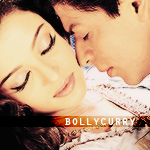 Even 12 years later, Sanjay Leela Bansali's Devdas, starring Shah Rukh Khan, Aishwarya Rai Bachchan, and Madhuri Dixit Nene, is still remembered for its tragic end. Two eternal lovers (Paro and Devdas), signified by a diya, are separated by their families. Paro (Aishwariya Rai Bachchan) is married off elsewhere and Devdas (Shah Rukh Khan) turns to alcohol to deal with the pain, eventually becoming an alcoholic. Even the support of courtesan Chandramukhi (Madhuri Dixit Nene), who loves him impeccably, falls short as Devdas continues to drown himself in alcohol for losing Paro. The final frames of the movie show Devdas' demise in front of Paro's sasuraal as the diya goes out. 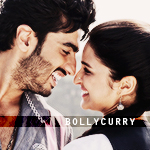 A modern day version of Shakespeare's Romeo and Juliet, Ishaqzaade explores the idea of inter-faith love and marriage. Due to political rivalry, the families of Parma Chauhan (Arjun Kapoor) and Zoya Qureshi (Parineeti Chopra) are not fond of each other. However, fate has something else in store when Parma and Zoya fall deeply in love with each other. This does not go down well with the families, as they believe it is against their respective religions and political views. They jointly plot to kill their children. The movie ends with Parma and Zoya deciding to kill themselves, instead of dying at the hands of their families, so that their love will win in the end.
Aashiqui 2 (2013) 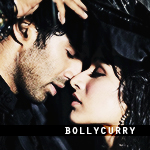 Singing superstar Rahul Jaykar (Aditya Roy Kapur) spots Aarohi Shirke (Shraddha Kapoor) at a local bar and is mesmerized by her velvety voice. He decides to make her a singing sensation and is successful in doing so. Along the way, Rahul and Aarohi fall in love with each other. However, Rahul is an alcohol addict, though Aarohi does everything to help him quit. As Aarohi becomes popular, society begins to mock her and Rahul's relationship and he relapses into alcoholism. Aarohi decides to quit her singing career to help Rahul overcome his addiction. Rahul overhears this and commits suicide so that he does not hold Aarohi back and she can continue with her career. This heart-wrenching saga ends with Aarohi continuing with her musical career for Rahul's sake. She signs off as Aarohi Rahul Jaykar.
Raanjhanaa (2013) 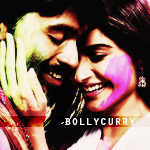 He loves her. She loves someone else. Raanjhana is a classic story, where Kundan (Dhanush), a Hindu Brahmin falls head over heels for a Muslim lass, Zoya Haider (Sonam Kapoor). However, Zoya loves Akram Zaidi (Abhay Deol), a student activist whom she met while studying in Delhi. As the plot unfolds, Kundan finds out that Akram Zaidi is actually Jasjeet Singh Shergill, a Sikh and reveals this to Zoya's family. Due to unfortunate circumstances, Jasjeet dies and Kundan's guilt gets the best of him. To redeem himself, he then decides to help Jasjeet's cause and becomes a popular face in the crew. This does not sit well with Zoya and she decides to seek revenge. While Kundan speaks at a rally, a deadly blast occurs which ultimately leads to his death. Zoya then comes to know that Kundan was aware of her ploy of hurting him and still went to the rally, just for her.
Goliyon Ki Raasleela Ram-leela (2013) 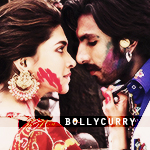 In another adaption of Shakespeare's Romeo and Juliet, Ram (Ranveer Singh) and Leela (Deepika Padukone), along with their families, are sworn arch-rivals. However, the duo cannot deny the physical attraction between them. The lust eventually turns into love. Due to manipulative family politics, Ram and Leela are forced to stand against one another and become the leaders of their respective groups. The situation gets worse as both clans are looking to finish each other. With hatred in their eyes and love in their hearts, Ram and Leela decide to end each other's lives not knowing that their families have decide to end the prolonged war. The movie ends with both families at Ram and Leela's cremation ceremony.
Other recent tragic love stories include Tere Naam, Rockstar, Fanaa and Lootera.
With the increasing number of tragic love stories in Tinsel Town, it seems this genre is 'in' these days. Let us know below which love story caught your eye and compelled you to shed a tear or two!
Writer: Gurprit K.
Editors: Shreya S. & Gunia M.
Graphics: Virina R.
Do you have a suggestion or comment for BollyCurry? Drop us a PM at BC_Dropbox today.
20 Likes