Little Zizou, a Mira Nair and Indian Films' presentation, has 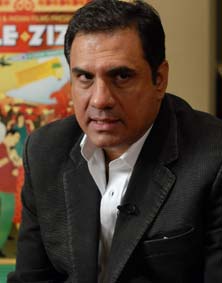 Featured Video
been produced by Jigri Dost Productions. Taraporevala's debut directorial feature is set amongst Mumbai's educated, eccentric and miniscule Parsi community. The fast-paced and exuberant yet poignant comedy, with a message of tolerance at its heart, is abouta young boy whose only ardent wish is for his long-dead mother to bring his idol and French soccer star, Zinedine Zidane (Zizou), to Mumbai.


Said Taraporevala, "I was overwhelmed by the warmth with which Little Zizou was received by the audience. I couldn't have asked for a better world premiere - for the film to be introduced and championed by my guru/big sister/partner in crime/oldest friend, Mira Nair, in the city that I love so much - New York, New York! The awards were the cherries on a very sweet and wonderful cake."


Remarked Mira Nair of the victories, "Sooni has always been a visualist and we all know her great narrative-writing ability. She brings all her talents together to make the enchanting Little Zizou - a love song to her Parsi community made with such originality and humour. In its freewheeling fellinesque style, it is a beacon in Indian independent cinema. It was such a triumph in New York - my jigri dost has done it again!"


Sandeep Bhargava, CEO of the advisory to The Indian Film Company (IFC), stated, "We are proud at the honours conferred upon Little Zizou, our maiden international feature presentation. These honours are indicative of our capability to move 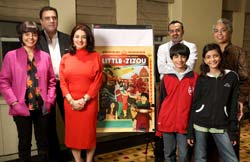 beyond our dominant position in the Hindi movie arena and back quality English-language content aimed at a global audience."


An acclaimed screenwriter and still photographer, Taraporevala shot to fame with her first screenplay,Salaam Bombay, in 1988. She has, since, written the screenplays of landmark works asSuch A Long Journey, Mississippi Masala and The Namesake, to name a few.