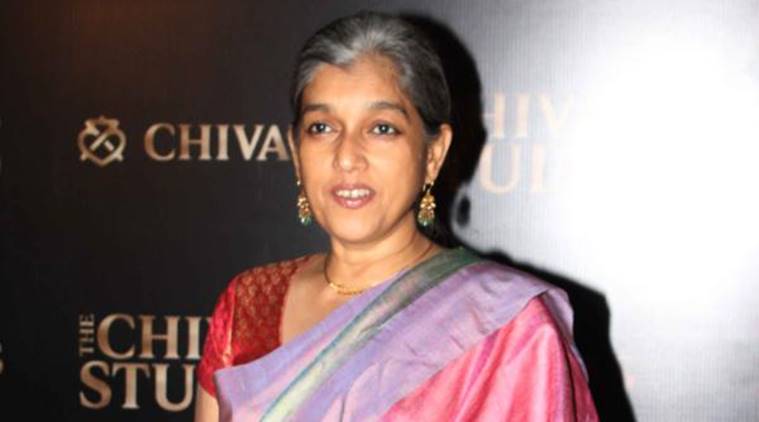 Acclaimed actress Ratna Pathak Shah, who plays a pivotal role in "Lipstick Under My Burkha" that locked horns with the censor board, feels the complexities of life are best captured in difficult movies.

"The film addresses the uncomfortable truth of our patriarchal society and stopping them (the film's makers) to release it shows how the patriarchal mindset is suppressing the stories of womentheir desire, their dreams, their lives," Ratna told IANS in an interview.

"That is what the film is criticising - patriarchy. Therefore, there is a change in the trailer as well. The new trailer also addresses the issue that has cropped up... that we were refused to get a certification of our film," she added.

Life is more complex than a film, she says.

"So whatever we watch on screen that 'Hindu-Muslim bhai-bhai', a perfect family of 'ideal son-daughter' etc are honestly, non-sense. If you want to capture the complexity of life, you best capture in difficult movies and that, surely will bother some people. The trick is not to stop making them," she said.

Ratna plays a widow in her 50s in the Alankrita Shrivastava directorial. She discovers her sexual desire and deals with social criticism for that. She shared how as a woman, she empathises with the character.

"Imagine how Usha (her character) lived all her life without exploring her dream and desire, without living as an individual but as someone's daughter, wife, aunt etc. at the age of 55 she comes to that realisationthe whole life she didn't even stand for her own identity! This complexity of the character was so intriguing for me to do the role," said Ratna.

She believes that after watching the film the audience will surely examine themselves about how they look at elderly women.

"Do we look at them as a human being, as an individual with their desire and individual identity or just a 'bua', 'chachi', 'mausi' and other relation?" questions Ratna.

Is there anything else that she does not do because of her age?

"I don't go to discos anymore because I cannot stand loud music. I love listening to ragas now," said the 60-year-old.

Th daughter of actress Dina Pathak is a Hindu and got married to a Muslim actor, Naseeruddin Shah, in 1982.

"I think that time... the idea of 'love-jihad' didn't exist. We are talking about celebrating global culture, but the regressive attitude has taken me for a surprise," she said.

"Looking at the numbers, we think we are making changes because numbers have increased in women education, employment and their choice of livingso we think yes, we are living in a progressive society, but are we? A large number of women are still suffering," she added.

"The regressive force is in the rise world-over, and we are going to have to find ways to counter it."

Review: 'Bandish Bandits' Hits The Right Tunes With its Acting ...

review
Review Review: 'Bandish Bandits' Hits The Right Tunes With its ...
7 minutes ago