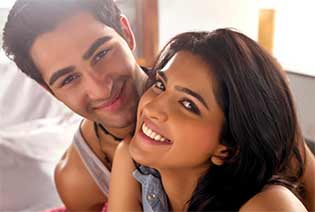 We have heard of filmmakers going to great lengths to make the film look as authentic as possible, and one such Director is Arif Ali.

Arif Ali who is all set to make his directorial debut with Illuminati's Lekar Hum Deewana Dil recently shot some portions of the film in a high-security risk area of Chhattisgarh.

Newbies Armaan & Deeksha who are the youngest actors to have shot for the film in the area of Naxalites were quite brave and daredevil to shoot for the film.

There is a turning point in the film where the lead actors land in areas which is surrounded by Naxalites and are stranded there. But Arif who every knows is known for the portrayal of realistic films did not want to fake it and re-create a scene in a set up. Instead the director who hails from Jamshedpur took special permission from Chhattisgarh CM Mr Raman Singh for the shoot and in return the latter assured them with complete security and safety.

When quizzed Arif about it he said, "It was wonderful shooting in Chhattisgarh - the police,aam janta,local villagers all cooperated with us and gave us so much and more."