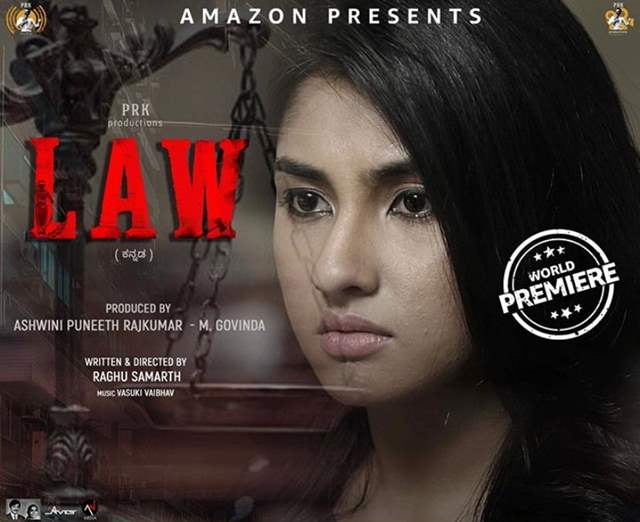 Finally, after years of Bollywood predominantly having police officers and army officials as the protagonist, an upcoming film will be bringing focus to the importance of lawyers to the justice system and society.  Yes, it is none other than Amazon Prime Video's upcoming film 'Law'!

The film is an intriguing crime- thriller that follows the journey of the character of Nandini who is bold, not afraid to voice out her thought, and takes a stand for justice in the court! The legal Kannada drama is led by Ragini Prajwal who makes her debut as a lead actress.

Taking pride in their profession, a bunch of law students were delighted to know that a film would be emphasizing on their profession so they took to their social media to commemorate the upcoming film! Here are their posts:

A law student was delighted to hear the news and she shared: "A film on Law? Super! This is such a good news. As a law student, nothing makes me happier. Looking forward to its release!"

Riddhi took to her social media and shared: "Delighted at how we finally have a film in mainstream cinema talking about the profession of law and its significance."

Another law student posted: "Law, legalities, justice and society- all these terms will have a new perspective with mainstream film #Law. Can’t be any happier!"

The film has been created by Puneeth Rajkumar’s PRK Productions and will exclusively release on Amazon Prime Video. Don't miss out on the film an watch a lawyer come to the rescue as the film releases this 17th July 2020!

Raghav Juyal spent days with students at the BHU for Bahut Hua Samman ...