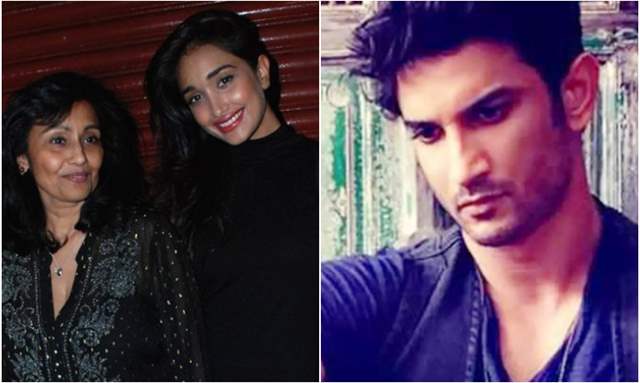 Late actress Jiah Khan’s mother Rabya Khan took to her official social media to pen an emotional note. Rabya stated that actor Sushant Singh Rajput was killed in the same way as her daughter Jiah Khan. It's been close to two months since Sushant passed away on June 14, 2020, and the entire nation is standing in solidarity to fight for justice.

Rabya wrote on social media: "Both Jiah and Sushant were first bombarded with fake love by demonstrations of attention and affection. When both were successfully trapped by their narcissist, psychopathic, gaslighting partners then they were physically hurt and abused.”

Rabya also demanded a Central Bureau of Investigation (CBI) probe in Sushant's death case as she wrote, "CBI need to intervene and thoroughly investigate and bring these perpetrators to justice by punishing them otherwise they will grow to be a monstrous, then multiply their evil deeds to kill more innocent souls."

Jiah Khan was found dead at her Mumbai residence in 2013 at the age of 25. Her alleged boyfriend Sooraj Pancholi was charged with a case of abetment to Jiah's suicide.

Sooraj Pancholi is also being dragged in Sushant Singh Rajput’s death case as several rumours made rounds that Pancholi had an affair with Sushant’s ex-manager Disha Salian, who died on June 8 2020, a few days before Sushant’s demise. However, Sooraj has rubbished all such reports and stated that he has no connection to either Sushant or Disha’s death case.

review
Review The Confession Review: The film Relieves all the Serial ...
7 minutes ago