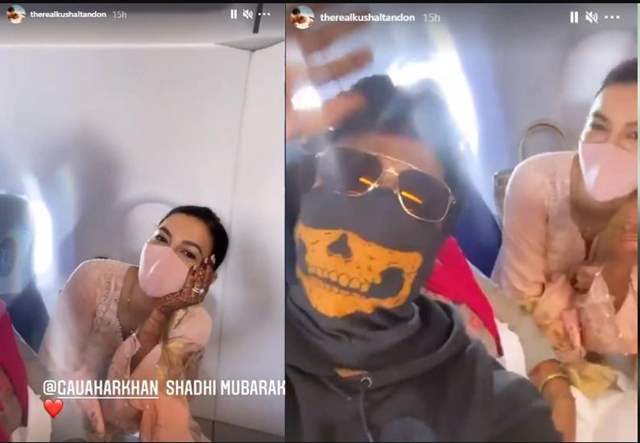 Gauahar Khan, who recently got married to Zaid Darbar has resumed work. And while she was on her way to Lucknow for a shoot she, met Kushal Tandon on the flight.

Kushal posted a video on his social media sharing his experience of bumping into Gauahar all of a sudden. He mentioned that it's a pure co-incidence that he is on his way to his hometown Lucknow and met newly married Gauahar Khan. He even wished her a Shaadi Mubarak.

Kushal and Gauahar had participated in Bigg Boss and were dating each other at that time. However, over the years, they have continued to be friends. The new bride will be in Lucknow for a few days owing to professional commitments.