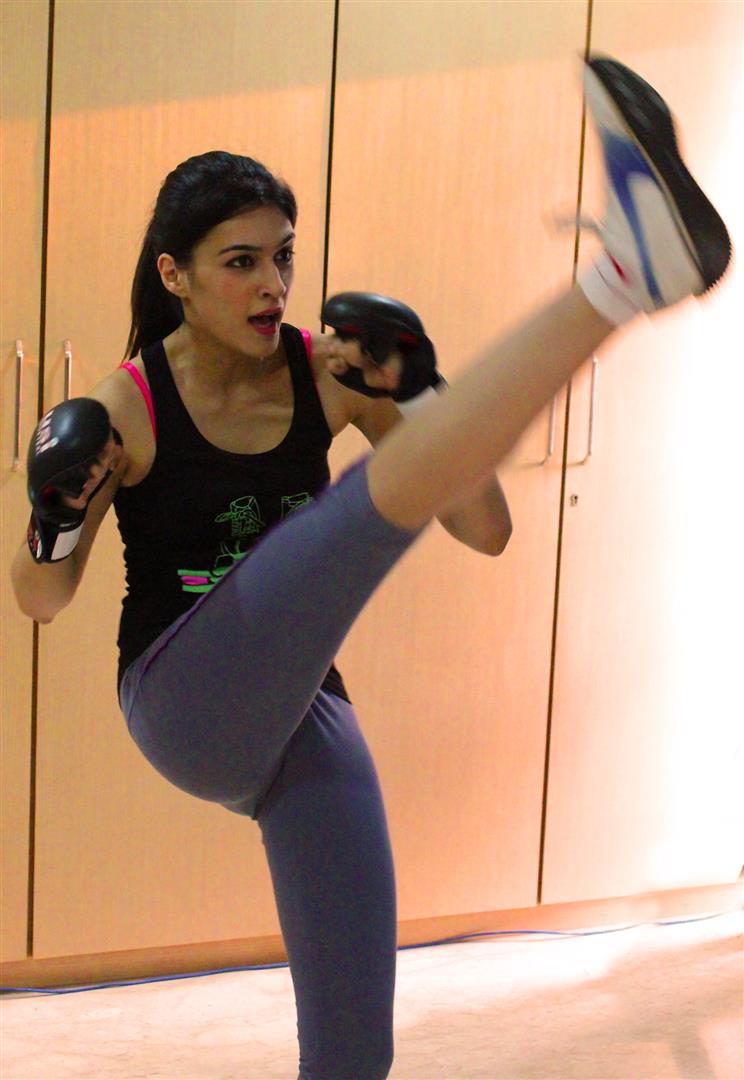 Kriti Sanon who made her big debut with Sajid Nadiadwala's Heropanti, will soon be seen sharing screen space with Akshay Kumar in Singh is Bling.

Kriti has already started prepping for the film. The actress who was earlier learning salsa for the film, is now taking karate lessons for same. Kriti's role requires her to perform a lot of action scenes, for which she is training under karate expert Mehul Vora.

We have always seen Akshay Kumar do a lot of action for his films, but this time around we will get to see his heroine execute some intense action scenes.

Kriti Sanon is training hard and is very excited for the film.