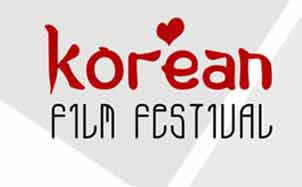 From director's vision to popular gangster movies, from romantic drama to documentaries - a three-day Korean film festival will open content-driven South Korean cinematic genius for the Indian audience in the capital.

Korean Cine Experience, the film festival is organised by the Korean Cultural Centre, India in association with Cinedarbaar, a film appreciation club. It will begin Dec 6 at the centre in Lajpat Nagar.

In total, seven films will be screened followed by an interactive session to explore themes and styles of the film making.

It will open with 'Barking Dogs Never Bite' by Joon-Ho Bong, a contemporary director whose movies often deal with dark humour and sudden mood shifts.

This film falls in the category of dark comedy. It is about an idle part-time college lecturer, who gets annoyed by the yapping sound of a nearby dog, and decides to take drastic action.

Besides this, films like 'Secret Sunshine' by Chang-Dong Lee, 'Breathless' by IK-Joon Yang, and 'Christmas in August' by Jin-Ho Hur will also be screened at the festival that will conclude Dec 8.

On the last day, there will also be a special session on 'Indian remakes of Korean films' where panellists will deliberate on Indian films "inspired by" or "based on" the Korean films, the legalities of this practice, and how they are adapted for the Indian audiences.

Films that will be discussed during this session will be Sachin Kamlakar Khot's Ugly aur Pagli, a remake of 'My Sassy Girl', Mohit Suri's Awarapan, a remake of 'A Bittersweet Life', among few others.

The entry to the festival is free and on first come first serve basis.